The Viscom Awards recognise our students’ achievements at the end of their degree.

Summer 2014's event took place at Birmingham's Glee Club and the keynote sponsor was Ian Emes, a BAFTA-award winning filmmaker and artist who has worked with the likes of Pink Floyd, Mike Oldfield and Paul McCartney.

Student of the Year 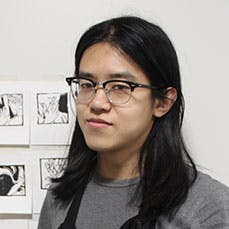 Each year, one person is named Student of the Year at the Viscom Awards. In 2014, the award went to Shijie Hai, who is originally from Wuxi City in China and has remained in the UK to continue studying.

The BA (Hons) Visual Communications graduate explained: "I was invited to the awards as a nominee of another award but I didn't win. I was a little depressed at that time but then it came to the last award and I was really surprised when I heard I was the winner of Student of the Year. It was amazing. For me, it was such an honour to win the award; it recognised my hard work and encouraged me to keep up with my own practice.

"The award means a lot to me but it's still just a milestone and I don't want to plan too much for the future because things change, but at the moment I'm doing my MA at the Royal College of Art."

Our other awards are broken down into our four pathways. Expand each section to learn more about the awards.

In their second year, our students BA (Hons) Theatre, Performance and Event Design are offered the chance to work on the Download rock festival, run by Live Nation, where they develop designs for the main entrance of the campsite. The Live Nation Event Design Student of the Year Award is a £1,000 prize that recognises the achievements of a student with a particular interest in designing for events. 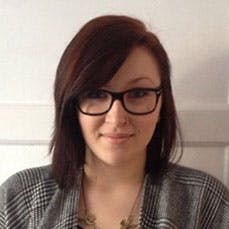 Offered by Merlin Entertainments, the Merlin Award is a summer placement at Madame Tussauds for a second year student and is presented by a members of the museum chain's creative team.

Hannah Turton won the Merlin Award after designing a new Madame Tussauds for Birmingham, featuring famous names hailing from the city in the areas of music, television and film, history and sport. The award recognises young, talented designers with a flair for attraction and exhibition design and includes a four-week placement at Merlin, one of the world's largest entertainments companies.

Hannah, who has had a life-long passion for the theatre, explained: "When I received the email explaining that I had won the work placement I was extremely proud of myself for all the hard work I had achieved. I had never designed anything for an attraction, as I have always been interested in theatre design, however I felt winning this award opened up new pathways, which I had not considered before.

"Winning the award has given me a lot more confidence. This allows me to create completely new and innovative designs, knowing that the work I produce could become a reality one day. In the future I hope to work in the theatre producing costumes to be seen by thousands. I do enjoy designing but I am a hands-on kind of person who loves being busy, so making costumes would be the preferred outcome for me."

Birmingham Repertory Theatre offers a placement for a third year student who is particularly interested in theatre.
The Barry Vincent Jackson prize is a bequeathment bursary that provides a student with a scholarship to study theatre design. 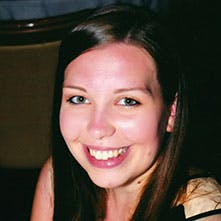 The George Jackson Travel Bursary is awarded to an outstanding student who puts forward a proposal to travel. With a passion for Eastern European puppetry, film making and animation and a keen interest in the work of surrealist film makers, BA (Hons) Theatre, Performance and Event Design graduate Laura proposed a visit the Czech Republic to help gain an understanding of the surroundings that have influenced some of the country's greatest animators.

Judges liked her proposal and she was awarded the George Jackson Travel Bursary, giving her the opportunity to spend five days in Prague researching local crafts, the history of marionettes and exploring the homes of Czech animators Jan Švankmajer and Jiri Trnka.

Laura's major project during her degree was 'The Tailor's Thread', a short stop-motion animation inspired by puppet animators The Brothers Quay that explored how found objects and wooden puppets influenced by Czech puppeteers could be used for animation. Laura also looked at how Eastern European folklore stories could influence model making for animations.

"Because of this I felt that Prague would be the perfect place to visit," she explained. "If had it not been for the travel award I would not have explored the world in the way that I have, and I really believe that the best creative designers understand the world they live in and its colourful history."

Since graduating, Laura has worked as a freelance designer and maker, run her own jewellery business and gained work experience with the National Film and Television School, where she worked as an art department assistant.

The Commercial Photography Award is awarded by London-based photographer and director Simon Sorted. The winner is selected by Simon and will have the opportunity to assist him in his work.
The Birmingham Open Media Photography Award recognises new technologies and their impact on society. This year's award was presented by Karen Newman, Director of Birmingham Open Media, a photography and digital media lab. 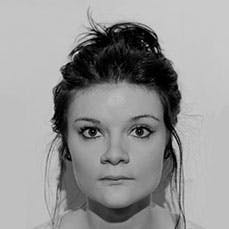 The Brian Griffin Award recognises a student’s achievements in fashion, documentary and portraiture. Brian Griffin, one of Britain’s most illustrious photographers, presented the award, which offers a student the opportunity to work with him for up to a year.

In 2014 the award went to Melissa Hobbs for her final year project 'Dark Wander, Dark Wonder'.

"Winning the award from a renowned British photographer was definitely one of my highlights from my time at the University," she said.

"Brian Griffin is a well-known photographer and personality in the Midlands, so it's always a talking point. I was elated when I found out I had won. The award ceremony was the day before we got our results, so I got to tell my parents I had achieved a First Class Honours and that I had also won an award in the same phone call. That was a good day.

"At the moment, I'm both freelancing and working part-time in retail. I also started working with the Artist in Residence at the University, Justin Wiggin at the beginning of 2014. He's such an interesting character with thoughtful ideas and concepts; I love working with him." 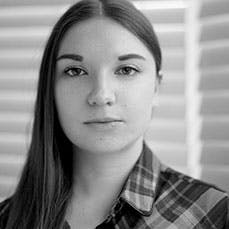 The Library of Birmingham GRAIN Photography Award recognises conceptual fine art documentary. The winner has the opportunity to undertake a placement with GRAIN, the photography hub and network for the West Midlands.

Nicola Onions received the award after judges saw her project that focused on her grandfather and dementia, which used old photographs and ice.

"I was put forward with 40 other Midlands artists and I was picked, along with four other artists, to be part of an exhibition called '5 Plus 5', which is a collaboration between the Library of Birmingham and IED Madrid. Five Madrid-based and five Midlands-based artists are exhibiting in Madrid, which is exciting as my dream was to exhibit my work when I finished university – now I have achieved that, thanks to this award. Next year, the exhibition will be coming to the Photographers' Wall at the Library of Birmingham.

"I hope this will give me plenty of experience for the future. I will continue to create work and hope that I will be able to exhibit again and possibly take on a curatorial or archival role as my recent work has been using old photos."

Our Visual Communication students specialising in graphic communication have the opportunity to secure placements with a range of names. 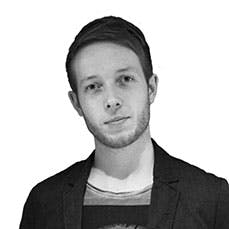 A booklet designed for Sound Seekers, a charity that helps diagnose deaf children and adults in Africa and supplies them with hearing aids, landed Daniel Kindley the Best Issue-Based Design Award.

He explained: "During the summer of my first year at university I volunteered in Ghana for three weeks. Working with local communities, I helped provide schools with libraries and orphanages with vegetable gardens. Then, in my third year, I was approached by one of my lecturers who was aware of my volunteering experience and presented me with a design project for Sound Seekers. My work is now being circulated all across Africa in schools and the local community.

"For me, the award recognises all my hard work and determination paying off. It was one of my proudest moments - not only being issued with the award but also hearing of the positive impact that my work is having in Africa.

"Since winning the award my self-confidence has grown, and this is reflected in the work I produce. I am currently working as an information design consultant for Network Rail on a freelance basis. I am also designing a training pack for Sound Seekers for teachers." 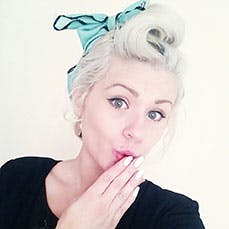 "For me, this was about creating the brand experience by combining design and UX [user experience] to produce a story for the users. This gives a more engaging journey, which results in more sales and a positive outcome,” she said.

"The award helped me gain employment soon after University. It also enabled me to network with new people. I moved to London a month after graduating and worked as a designer for Forward partners, which is an investment studio for start-up companies. I am beginning a new role as a mobile and UX designer for Harrods in mid-December. My plans for the future involve working within branding and digital experiences for the fashion and luxury sectors; Harrods is a great way to start this off.

"When I came across the Visual Communication course at Birmingham City University I knew it was exactly what I was after and it could fit in with the sorts of work that I wanted to be producing in the future. The course is impressive and Birmingham as a city has a lot of culture that is perfect for a designer. "

Creative agency Dare UK is sponsoring this year’s Integrated Advertising Award, which is awarded to students who excel in creating fully integrated advertising campaigns with ideas that cross over a wide range of media formats from print through to social media. The winning student gains invaluable experience in a two-week placement at Dare UK, which has worked with household names such as BMW, Coca-Cola and The Football Association. Previous winners have undertaken placements at advertising company Leo Burnett and marketing and communications agency Cogent Elliott.

The winner of the Flatpack Film Festival Award gives one graduate the opportunity to work for one of the most important independent festivals in Europe. The winner will be mentored for at least a year, helping set them on their way to a career as a film director or artist, or in a production-based role such as organising and curating festivals and films. The award also includes a full festival pass.