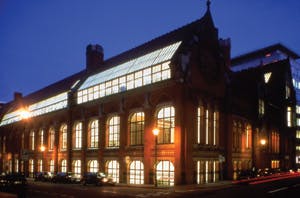 Our early history can be traced back to the five individual colleges which would be brought together as The City of Birmingham Polytechnic in 1971.

In 1888 Birmingham School of Jewellery, which was based in Ellen Street, became a branch of the College of Art. Two years later a new building was opened in Vittoria Street which has been the School's home ever since.

The School of Architecture was established within the College of Art in 1909 and won Royal Institute of British Architects (RIBA) recognition in 1923 and 1930 to become one of the UK’s major schools of architecture. On entry into the Polytechnic, the School became a leading department of the Faculty of the Built Environment.

Birmingham School of Music developed as a department of the Birmingham and Midland Institute around 1859. The first phase of the present building in Paradise Circus was opened in 1973 by HM The Queen Mother. 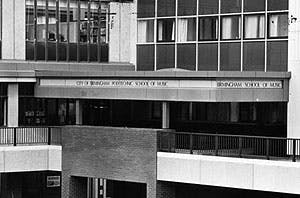 South Birmingham Technical College opened in 1961 on Bristol Road. In the early 1970s, the College's departments moved to new buildings in Perry Barr and the South Birmingham site was later occupied by Bournville College of Further Education until 2011.

North Birmingham Technical College was created in 1966 when Aston Technical College moved to new premises at Perry Barr. New buildings for the college formed part of the University's City North Campus until 2018. 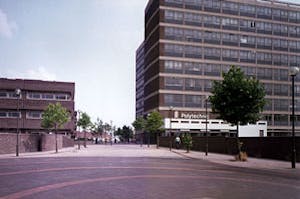 The City of Birmingham Polytechnic was designated in 1971 by then Education Secretary Margaret Thatcher.

Since its designation in 1971, Birmingham Polytechnic had been part of Birmingham LEA's provision. However, on 1 April 1989 the Education Reform Act made all polytechnics independent corporations with charitable status. 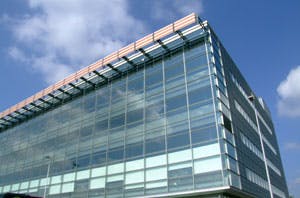 On 6 March 1992, the Further and Higher Education Act gave all polytechnics the power to adopt the title of 'university'. The new name, 'University of Central England in Birmingham', was approved by the Privy Council on 16 June 1992.

During the summer of 1995 the University merged with the Birmingham and Solihull College of Nursing and Midwifery, and the West Midlands School of Radiography.

In 2001, The Defence School of Health Care Studies joined the Faculty of Health. Working with the Royal Centre for Defence Medicine, the School is the sole provider of Pre-Registration Education in nursing, operating department practice and radiography for the Defence Medical Services in the UK.

Birmingham School of Acting, which was founded in 1936, became part of the University in 2005, and a year later moved to a purpose-built facility at Millennium Point.

In 2007, the University changed its name to Birmingham City University and received a new logo, a reworking of the tiger crest used by the University of Central England in Birmingham, which itself originally came from the Birmingham College of Commerce, one of the Polytechnic's founder institutions.

From 2011, the University has undertaken a major investment in its estates and facilities to create a campus fit for the future. The City Centre Campus has seen three major new developments – the Parkside Building for Design and Media students opened in 2013; the Curzon Building, which houses Business, Law and Social Science courses as well as new library, IT and student support facilities opened in 2015; and our new music building for the Royal Birmingham Conservatoire opened in 2017. A new extension to our City South Campus to house Education, Sport and Life Science courses opened in 2018.

This is a list of the former names of the University and some of the institutions that – over the years – have merged into the University: