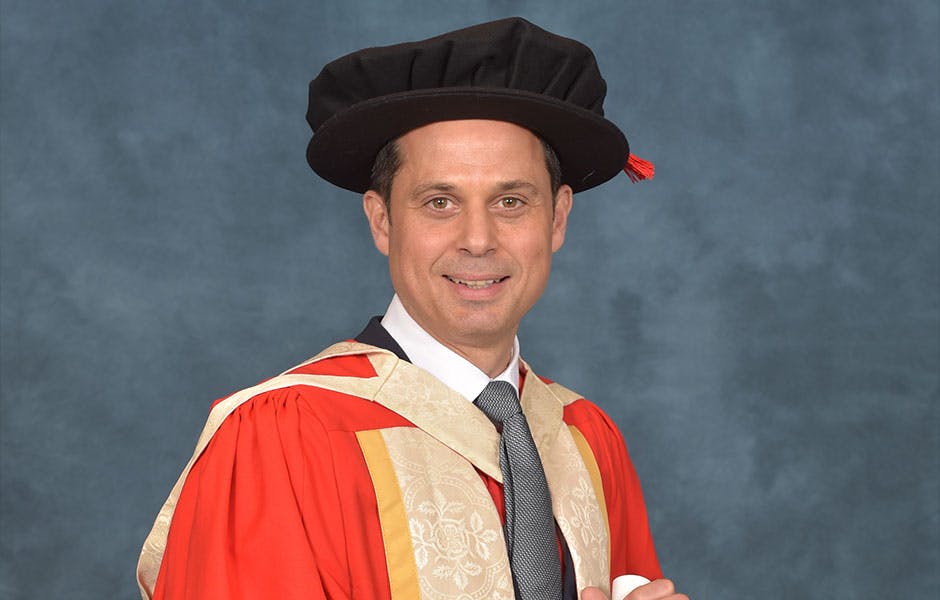 Professor Mark Radford CBE, Chief Nurse and Deputy Chief Executive at Health Education England, as well as Deputy Chief Nursing Officer for England, was awarded Alumni of the Year in 2022 in recognition of his accomplishments in the field of nursing.

Birmingham City University Alumni of the Year recognises and celebrates the outstanding achievements of our graduates. Our alumni make a real difference across the globe in a variety of ways, and the University seeks to acknowledge their contribution to the local, national and international communities through Alumni of the Year.

Nominations are accepted from anyone, including current students and staff and former students and staff for alumni who have made an important contribution to the local, national or international community through their achievements. There will be an emphasis on recognising alumni who have demonstrated rapid achievement after completing their studies.

There are three categories in which alumni can be nominated:

Alumni of the Year: Community Engagement and Leadership

Alumni of the Year: Enterprise and Innovation

Alumni of the Year: Excellence in sport or the arts

Alumni of the Year winners

Take a look at our previous Alumni of the Year winners.

Nominate for Alumni of the Year

Nominate a BCU graduate and give them the recognition they deserve.

Nominations can be made online or by downloading a postal nomination form. Only nominations made on the appropriate form will be accepted.

Alumni can nominate themselves but they must send two letters of support from independent referees with their completed nomination form. Support letters cannot be written by relatives of the nominee and must be received within the deadline date for nominations. Self-nominations without two appropriate letters of support will not be accepted.

Announcement and Presentation of Alumni of the Year

Successful nominees will be informed by post. Each 'Alumni of the Year' will receive a certificate detailing the important contribution they have made in relation to the category as well as an exclusive sterling silver pin badge that has been designed and made by the University's Jewellery Industry Innovation Centre. Each Alumnus/a of the Year will be awarded his/her certificate at one of the University's Award Ceremonies (Graduation). No more than one presentation will be made in any single award ceremony. If an Alumnus/a of the Year wishes to accept their award but cannot attend any Awards Ceremony in the year, the University will endeavour to make alternative arrangements.

Eligibility for Alumni of the Year