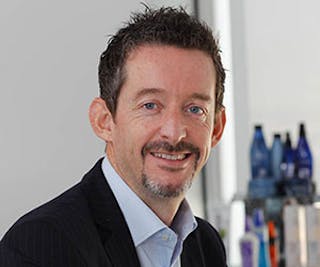 After spending time at P&O European Ferries and Homepride Foods, Peter Tighe has spent the majority of his career with the world’s largest cosmetics company, L’Oreal, moving from sales to management, and from the UK to France, the Middle East and south-east Asia, looking after some of the world’s most well-known brands.

He joined L’Oreal as Project Manager in 1995, later moving into sales management to broaden his skills, before becoming Commercial Manager for the new luxury haircare brand Kerastase. The next step was becoming General Manager for Redken UK – a premium brand that had started to struggle, but still had a core of dedicated customers. After setting a new vision and strategy to build a strong and sustainable future for the brand, he left for Paris as Zone Manager for the division looking after Australia, New Zealand, South Africa and India.

I count myself very lucky to be doing something I love so I remain energised and passionate. In every role I have done I have left a legacy of a sustainable, dynamic business with strong individuals, brands and teams. I have also retained a sense of humour and, generally, avoided taking myself too seriously. I count myself lucky to have been reasonably successful, and even luckier to be in a position to enjoy life and my family as well as a job that stimulates me.

After a year and a half, he became the Division General Manager for the Middle East, spending five years in Dubai and since 2012, he has been Regional General Manager for the Professional Products Division in Association of Southeast Asian Nations (ASEAN) and India, based in Singapore. He is responsible for the firm’s business in seven subsidiaries (Singapore, Indonesia, Malaysia, Thailand, Vietnam, Philippines and India) and three ‘export’ countries.  That role involves leading the country Divisional General Managers, setting and implementing regional business strategy, managing the consolidated profit and losses of the countries and developing its people.

On his time at BCU, he said: “I particularly valued the course’s diversity – from behavioural science to finance and marketing, and the mix with Business French was perfect. To be able to spend a year living and working in Paris as part of the sandwich program was a fantastic opportunity and set me on the path to work for a French multi-national.”