Communicative musicality: sounds rhythms and pulses in music and language 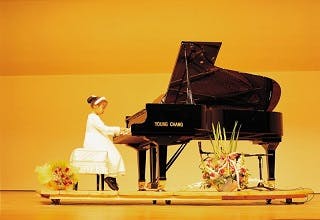 Research has shown that a developing foetus can discriminate sounds in the womb from 22 weeks gestation and that early sound discrimination helps to promote later phonic and vocabulary development. In addition, during early social interaction between caregivers and infants there are noticeable patterns of timing, pulse, voice timbre, and gesture that follow many of the rules of musical performance, including rhythm and timing conceptualised by Malloch and Trevarthen (2009) as ‘communicative musicality’.

The centrality of communication in children’s learning of development has been established in early years policy (Blackburn, 2014). To date the potential of music in early years’ settings remains unrecognised or at least undervalued and the contrasting attitudes of staff towards mark-making and music-making are striking (Fawcett, 2012). The English Early Years Foundation Stage (DfE, 2014) places music as an activity to be promoted under expressive arts and design as a ‘specific’ area of learning, whilst communication and literacy is a ‘prime’ area of learning even though early sound discrimination promoted by music activities is a foundational step for phonic and vocabulary development.

Given the centrality of communication in children's learning and development and the established links between human communication and music, this project seeks to explore the views, understanding and reported practices of interested stakeholders in young children's musical interactions in home and out-of-home early years settings.

Participants in this study appeared to recognise the value and importance of children's spontaneous musical activities and to encourage it describing the benefit for children's holistic development and the role of music in attachment and bonding. However, they also appear to have identified benefits for children in attending organised, structured musical activities both within the home, but more substantially outside the home.