Over 80% of outputs internationally recognised or better

One of our new UoAs submitted, a fantastic debut performance

Our legal team is leading the way on death penalty research and our research into human rights is saving lives and changing understanding across the globe. 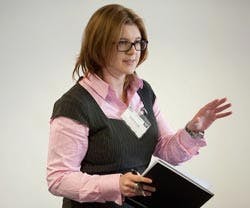 Work in this unit is carried out by the School of Law.

Our research has impacted on policy and practice at the regional level of the European Union, the domestic jurisdiction of the United States, and the strategic approaches of the British Government’s Foreign and Commonwealth Office.

See our full UoA 20 submission on the REF website

The Centre for American Legal Studies is pioneering the research into cultural understandings, values and beliefs associated with capital punishment and raising fundamental questions regarding the relationship between the individual and the state.

Our researchers have advised the Council of Europe’s European Court of Human Rights on the death penalty, which has informed the on-going political and legal project focusing upon the removal of capital punishment in the European regions.

Our research into the death penalty and the increase in executions in many Islamic countries has informed British government strategy.

The world class research conducted by our Law School has helped to protect the rights of those facing the death penalty in the USA and Africa.

We also publish the British Journal of American Legal Studies (BJALS), which deals with human rights, legal and political theory, socio-legal studies and legal history with relevance to the United States.

Take a look at our excellent research in both British and American law.
Go to Research Stories >>

Meet our research staff and read more about their work and areas of expertise.
Go to Research People >>

Find out more about the Centre for American Legal Studies (CALS).
Go to CALS >>