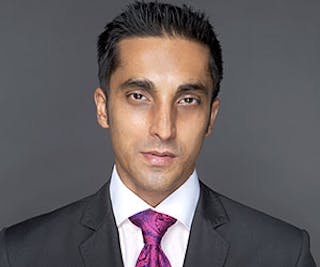 For Naj Alavi, a degree in Applied Software Engineering has taken him from Birmingham to New York where he heads up a multinational firm specialising in data management solutions for the financial sector.

After graduating from the University of Central England (now Birmingham City University), his first role was with First Direct bank in Leeds as a graduate trainee programmer, moving up to team leader, project manager and then senior project manager. After three and a half years he moved to FI Group as strategic business consultant, and was then headhunted by CMG Logica as an account manager, responsible for selling banking services to a small group of select clients.

His move to Xenomorph Software marked a change of direction, from the retail to the investment banking sector, but he was confident he had the transferrable skills needed to make the switch. He initially worked in the UK, before persuading his bosses to allow him to launch the USA office. From his base in New York City, he is now responsible for managing its operations across the Americas.

As well as the technical knowledge, the course gave me the drive to succeed and the ability to think outside the box."

He said: “From initially joining a retail bank to managing director of a multinational corporation is a big jump but one that has been a fantastic opportunity for me, and a lot of it is thanks to my time at UCE.

“After a good first and second year, I struggled with one or two things in the fourth and I remember one lecturer took me aside and told me he knew I could do better, but I had to put the work in and that pep talk really helped me.”