Graduates from the School of Visual Communication are exhibiting their illustrations in Birmingham Library to coincide with celebrations marking the 200th anniversary of Mary Shelley’s Frankenstein.

The exhibition, Making Monsters, is a collection of student and graduate work from BCU’s School of English, School of Fashion and School of Visual Communication, and forms part of a series of events celebrating Frankenstein’s cultural legacy and its impact on our collective imagination.

Former BA (Hons) Illustration students, Joe Higgins, Lydia Christanthou, Richard Anderson and Macer Weller, were approached by Visual Communication tutors with the opportunity to get involved in the project and have their work displayed to the public. The exhibition also provides an invaluable opportunity for the students to gain experience working as a freelance illustrator at this important stage in their career.

Student Joe Higgins, now studying towards his Masters in Visual Communication, specialises in horror and pop culture themed illustration. As Frankenstein has been a huge inspiration to much of Joe’s work as an artists and a visual storyteller, the exhibition was an exciting platform for him to showcase his work.

It was fun to be given free rein to approach the art in my own way. I was instructed to avoid the Hollywood versions, which was exciting to me, as it allowed me to be creative. It was also wonderful seeing my art amongst those of my fellow students.

Joe created several pieces for the project and narrowed it down to three to include in the final display. Joe’s final work included a humorous image of Shelley’s monster with a 200th birthday cake, a more abstract idea based on the book’s subtitle “The Modern Prometheus” in which the creature is holding his own heart lit with electric blue flames as his body pieces together, and finally a more comic book style image of the creature against a backdrop of lightening.

Another Illustration graduate involved in the exhibition is former student Lydia Chrysanthou, who graduated from BCU earlier this year. 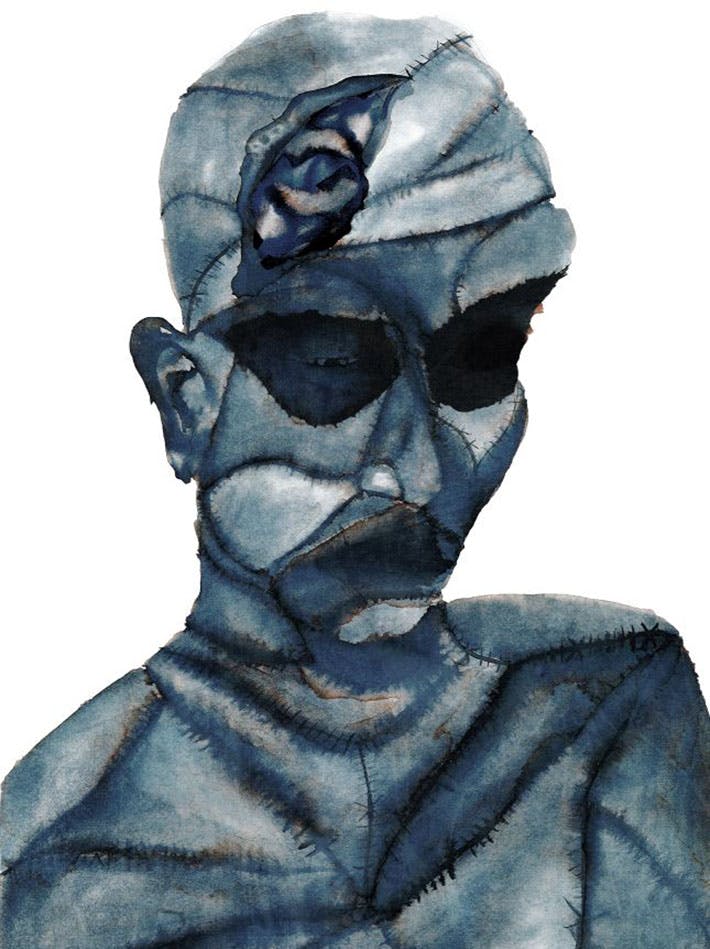 Lydia’s preferred style of illustration is dark and gothic-like ink painting, creating atmospheric and intriguing pieces. For the exhibition Lydia used ink to create a tragic, frightening-looking being who could think and have emotions. She also appeared on BBC Radio West Midlands with Dr. Sarah Wood, Head of School of English, and MA Creative Writing student Adrian Earle, to discuss how her interpretation of the novel influenced her work.

I have enjoyed liaising with the exhibition organisers for a real project and seeing the outcome. It has given me a confidence boost!

Find out more about our Illustration course

Why study BA Illustration at BCU?

5 ways you can learn more about our faculty

Photography students get to work on live brief with Warwickshire Count...