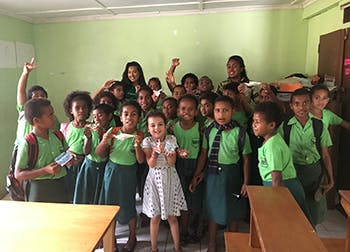 “I chose this particular project because although the country is less developed, it is safe. I chose to take my daughter with me so the environment, climate and the full risk assessment had to be considered. Again, the project was considered around my daughter so I chose the care project because although it wasn’t directly healthcare based we still had project goals to complete and to work towards which contribute to the children’s health, wellbeing and P.I.E.S. (physical, intellectual, emotional and social) development.”

“I really enjoyed the whole project. From living with a host family, to travelling to work independently, working in a new environment and meeting people from around the world. I never considered that the children’s attitudes and behaviours would differ greatly. I thought I went with an open mind but I never considered the differences in academic levels across the globe.

It was hard to accept at first, the different structure and the children’s lack of concentration but after getting to know the children and accepting that the children’s behaviours displayed are accepted within their culture, I found that I enjoyed it. The children are free to express themselves, they are accepted of their differences and the children are so open, they are content with what they have and language barriers don’t affect play. The overall experience is definitely worth it, you learn a lot about how the economy and how it affects education, also how different culture affects the education system and children’s perspectives on education.”

Differences between Fiji and the UK

“Fiji in comparison to Birmingham is a lot more laid back. Time is a lot slower than England as we are so fast paced. The curriculum level is really low, the teachers are lenient, and economy is low, which affects the resources available. Children within one of my placements were unable to receive medication because they were below the age. Until you have seen what it is out there, England let alone Birmingham is so privileged with the facilities, health care systems, funding and available professionals that we have.”

“I feel that I achieved a better understanding of culture and what it is. It’s easy to say it’s the inclusion of religion and traditions but this also affects an individual’s way of life, outlook, employment, relationships, attitudes and behaviours. This experience definitely has had a positive impact on my career plans as I want to explore, learn and travel more.”

Know before you go

“Go for it! Although I would recommend that if you could to at least do 4 weeks or more. Two weeks allows to get to know the children and gain an insight on the academic and professional system but not enough to settle and provide a visual result.

Be prepared, research their culture, language and social customs, don’t be a stranger. Understand that things can go wrong but it’s not the end - take it as the full part of the experience. Enjoy the experience, people that you meet abroad are kind and welcoming, and it’s amazing what stories you’ll hear.” 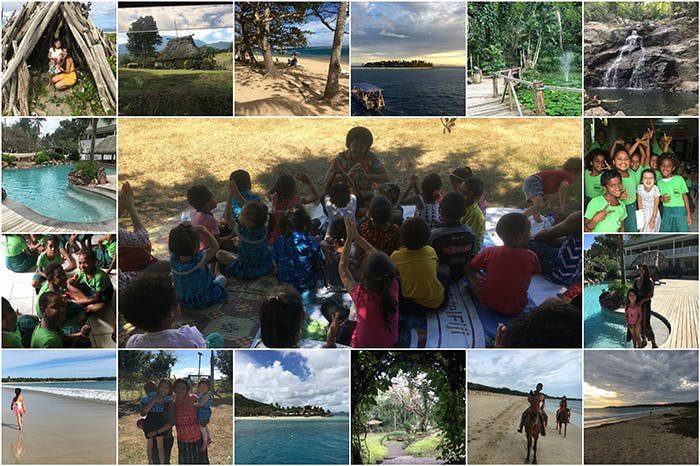