Top prizes for students at end of year awards

It’s been a jam-packed year for our final year students and there was no better way to celebrate their achievements and the fantastic work they’ve produced than at our end of year awards.

With awards ranging from the Best Digital Content to the Entrepreneurial award, there were a number of fantastic prizes on offer including placements and exclusive trips. We caught up with a few of the winners to ask how it felt to win and what they’re looking forward to most about their prizes.

PR student Jack Walton won the Social Media Award, which was given to the student who used social media to their advantage, by either establishing themselves as an influencer on social media platforms or using their social media as a tool to promote themselves to their industry.

For his final year project Jack created Walton PR, a freelance PR business, which involved him doing everything from organising events and photoshoots to getting press coverage and radio interviews for his three clients. He also ran a blog where he posted weekly about his university experiences over the course of his degree.

Grace Phelps was the joint-winner of the Best Digital Content award, alongside Anna Edgecombe, which was awarded to them for have consistently shown ingenuity and creativity within the realm of new media. Grace commented that their final year project, which involved creating a prototype of an app for the brand Stories Behind Things, may have contributed to their win.

Their award included mentorships from Michael Ford at Infinite Wisdom, an independent production company focused on the development and production of immersive stories for VR, digital, film and broadcast.

“Having a mentorship is such a brilliant asset, and especially with someone like Michael Ford who is working in a really up and coming sector of the media industry. I’m looking forward to any advice he can give me and I’m also interested to learn more about what Michael does and how he ended up where he is today.” Grace Phelps

Ben Woolman received the Television Award for consistently working hard and producing amazing TV/video-based work. Two projects he worked particularly hard on included a documentary commemorating the 15th anniversary of the revival of Doctor Who and a short comedy-drama piece called The Friend Game, where he took on a lot of responsibility writing a script and editing the final piece.

“I was very surprised to get the placement, especially at ITV. It’s one of the country’s biggest TV broadcasters and I’m sure they can teach me a lot. I look forward to seeing whether it can give me any inspirations for my own future career in the industry and hopefully I will gain some contacts that may be of use to me in the future.” Ben Woolman

Hassan Ul-Haq won the BCU Media Overall award for being someone who has been consistently involved with the School of Media since he started and showing what the School is about: doing media differently. His nomination detailed that he’d gotten involved with extra-curricular activities, university run events and was just generally kind and considerate.

“Being nominated alongside my peers and friends was really humbling and to win was a complete shock. I just arranged dates to go on the tours that the BBC have arranged for me and I'm very excited, especially for the tour in the drama village.” Hassan Ul-Haq 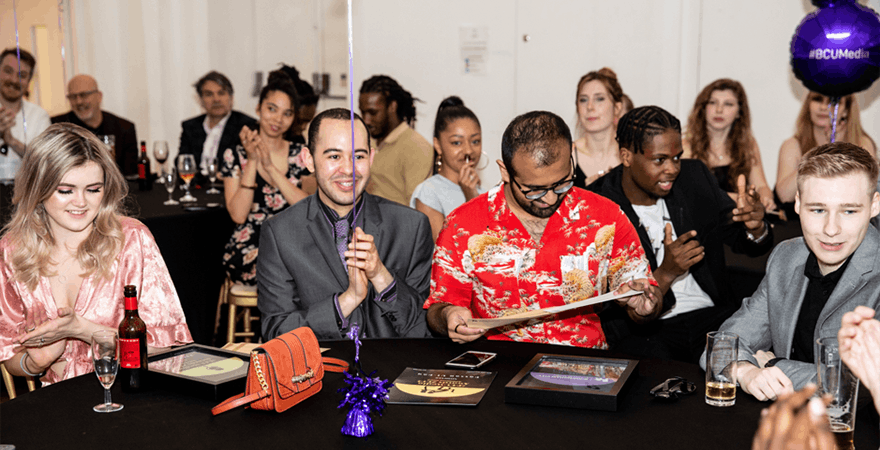 The awards were part of our Inspired Festival, which showcases the very best of our third-year students’ work and recognises what they’ve achieved over the course of their degrees. To find out more about our courses take a look at our course pages or join us at an Open Day.

Why TV and radio are good for your mental health