Using LGBT inclusive pedagogy in the classroom is difficult. Cultural norms and the dregs of unconscious homophobia that permeate the education system, leftover from a pernicious agenda to alienate LGBT due to malicious historic political policy. As a gay man and a teacher in the mainstream secondary education system, I have discovered first-hand the barriers faced in being authentic. The three questions explored in this blog are: What factors have played a part in the queer student/teacher reality? How can queer and anti-oppressive pedagogy be used? Is there hope for transformation?

My positionality within this topic is that I am a gay man and teacher working in the mainstream secondary education system as an English Teacher. Various experiences during my short career so far have made it clear that using LGBT inclusive pedagogy in the English curriculum and wider school is difficult. In my NQT year I worked at an inner-city Catholic school and by the end of my first term had to leave due to homophobic abuse from students and teachers, and most concerning, no support from leadership. One comment I received from a headteacher when explaining a particular incident was ‘well if you are going to wear that flowery tie, what are you expecting?’ Although, not necessarily a direct act of homophobia, it highlights how drenched in heteronormative ideals schools are and even though the student bodies of these schools are ever more progressive and accepting, as role models and leaders with a responsibility for student’s ideals and actions, we aren’t moving with them.

Secondly, at my current school, what would proudly describe themselves open and accepting, I was teaching a lesson on Jekyll and Hyde with a high ability group and decided to delve into some of the hidden themes of homosexuality in Jekyll and Hyde. I was spontaneously observed during this lesson. My head of faculty fed back that they didn’t believe the lesson was appropriate and suggested I stick to the more obvious themes they will likely be examined on. Again, this example revealed, although not a homophobic person, that leaders had been accustomed to heteronormative pedagogy, and because of institutional structures and wider expectations of exams etc, queer or inclusive pedagogy could play no part thus making them a sub-oppressor.  Finally, Stonewall wrote a report in 2017 and the statistics were alarming and gave real emphasis and urgency for the need of inclusive and anti-oppressive pedagogy. ‘Nearly half of LGBT young people are still bulled for being LGBT at school, and only one in five have learnt about safe sex in relation to same-sex relationships (Stonewall, 2017).

Current cultural hegemony and political ideology is steeped in heteronormative practice and reproduction. By heteronormativity, I mean that heterosexuality is the norm and everything else is inferior. This isn’t necessarily direct acts of homophobia or violence but systemic subtle acts that reinforce the status quo. As (Robinson 2002) indicates, that from your first day at school to your final year prom, heteronormative education and ideals endure throughout. There is very little opportunity for queer pedagogy and when it has been introduced through schemes such as No Outsiders, it has been hit with negative and sensationalised media response. This echoes the fear from the repeal of Section 28 with headlines such as ‘gay sex lessons in schools’ and one teacher in support of the repeal being called a ‘dirty loving dyke’ in one newspaper. It is no wonder that schools are fearful of breaking these institutional norms.

School curriculums are prime examples of heteronormative practice. As an English teacher it is taboo to study the hidden theme of homosexuality that is rife in Elizabethan and Victorian Literature, but we can openly discuss the sexual imagery being used by a 14-year-old Juliet in Romeo and Juliet. It seems a contradiction in terms.

Likewise, as (Friere 1968) states ‘the oppressed, instead of striving for liberation, tend themselves to become sub-oppressors.’ It is unlikely that my head of faculty giving me feedback was in fact homophobic, but instead a sub-oppressor themselves. It would be very difficult to work in the current climate of education and be unscathed by the non-inclusive practice and pedagogies. And by the oppressed, I don’t mean LGBT teachers, I mean all teachers who are oppressed by the structural limitations of the education system.

Added to this are neoliberal policies in education that reinforce the idea of human capital and an entrepreneurial vision based on a specific knowledge for a specific outcome. Similar to Friere’s banking system of received knowledge. This, like in my Jekyll and Hyde observation, allows these structures of accountability, exam criteria, progress and outcomes to be weaponised against teachers that endeavour to use education as tool for growth, personal development and transgress the societal norms. This is an outcome of queer pedagogy as by nature it is not in line with heteronormative practices and ideals.

Similarly, the legacy of Section 28 has also hindered the progression of queer pedagogy. Although repealed in 2003, it has left a scar on the education system that can be felt today. LGBT teachers still live in a climate of oppression, are less likely to be open about their sexuality in schools and less likely to involve their partners in school events etc. I know I always dread the question ‘what’s your wife called sir? Or Are you gay sir?’ It comes with a sense of inbuilt shame or guilt that has been perpetuated by people’s fear of discussing someone’s sexuality in an education setting or through pedagogy as it debases sexuality to a sex act.

Looking at how anti-oppressive pedagogy can be used, I have mainly taken inspiration from Kumashiro’s model of anti-oppressive pedagogy- focusing on incorporating all students in learning and teaching about those that are ‘othered’ as well as being critical of othering. And by othering, (Kumashiro 2000) describes this as anyone traditionally marginalized in society, by colour, gender economic status and sexuality. Whilst also Looking at being socially transformative within this. Not employing status quo pedagogy but embracing difference, challenging stereotypes and learning about power and privilege and where these sit in a student’s reality and habitus and helping them understand that these privileges come from social constructs- none of this is accidental.

In my teaching practice I have been able to employ anti-oppressive pedagogy through creating complimentary parallel schemes of work alongside the content of the main curriculum. This allows for the content to be taught without disruption from the narrow tasks of the exam or assessment but gives opportunity for greater wider thinking about the social issues that lie within the texts, not just the obvious. For example, who has the greatest privilege in Of Mice and Men, or how Wilde has depicted repressed homosexuality – similarly in Gatsby.

Likewise, using plenaries to create an exilic classroom- a place where we look beyond the limitations of wider structures to a place of transgression and personal growth and transformation (Brogan 2017). This removes the provider/consumer narrative from the classroom and creates a space of anarchic and intellectual thinking beyond the bounds of their assessments and exams. Just using 10 minutes at the end of the lesson ensures people can grow and develop as human beings, not just human capital. 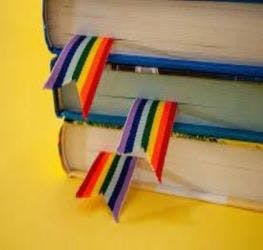 Is there hope for real transformation?

Finally, is there hope for real transformation? I believe so, yes. Using queer and anti-oppressive pedagogies, although will always be limited by societal and institutional structures and boundaries, does allow the individual educator or practitioner freedom to using teaching to transgress. As Kumashiro suggests, this pedagogy still has its limitations as it is down to the individual rather than an embedded ethos or culture within a school. LGBT teachers and their teaching allies can commit to a process of self-actualisation that promotes their own well-being (hooks 1994)

Following my experience experimenting with pedagogy it seemed parallel with bell hooks’s view that teaching can be used to transgress. When employing these pedagogies students were engaged, and excited by learning, and through excitement this encouraged intellectual conversations and discussions, where students’ contributions are seen as a resource not just an outcome and in a small way, works to eliminate the biases and curriculums drenched in heteronormative practice that perpetuate subtly homophobic attitudes and ideals throughout society.