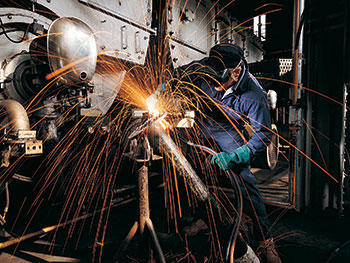 The University’s plan to plough the investment into extra capacity to teach STEM subjects follows a warning that industry faces a shortfall of 80,000 skilled workers within the next two years. The £10 million will see the development of a range of new facilities at the University, including new laboratories for scientific and technological practice and research.

Funding for the cash injection follows the University’s success in bidding for the £5m grant from the Higher Education Funding Council for England (HEFCE), confirmed in the Chancellor’s Autumn Statement delivered last week.

Birmingham City University Vice-Chancellor Professor Cliff Allan said: “This investment shows our University’s determination to take serious action to ensure we are delivering exactly the education our young people, as well as the regional and national economy, needs.

“Our University already has a long history of teaching science, technology and engineering, and is a powerful established force in contributing to the creative industries that make a multi billion contribution to the UK economy.

“We very much appreciate this £5m HEFCE grant, investment that will allow us to deepen what we do now and develop new areas of expertise, delivering in turn a real boost to the education and training needs of our economy.”

The shortage of STEM skills has been a long running concern for government and industry. Semta, the skills council for science, engineering and manufacturing technologies, warned that immediate action was needed on high level STEM education for teenagers to avoid a shortfall of 80,000 workers across the sector by 2016.

Earlier this year The Confederation of British Industry (CBI) called on the government to slash tuition fees for some science, technology, and engineering and maths courses.

Birmingham City University will reveal more details about its STEM investment early in 2015.