Let the gaming begin in Birmingham 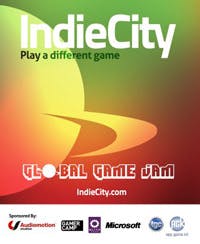 Computer game developers are set to gather at Birmingham City University to take part in a marathon global competition.

Starting this weekend (27 to 29 January 2012), Global Game Jam is a 48-hour international computer game development event held simultaneously across hundreds of sites around the world – including Birmingham City University’s Millennium Point campus home to the Faculty of Technology, Engineering and the Environment (TEE).

The idea behind the Global Game Jam is for people with a mix of skills – designing, coding, art and music– to come together and create games based on a central theme against the clock.

The event in Birmingham is being organised jointly by the staff and students of TEE and IndieCity, a unique online marketplace committed to celebrating and supporting the indie gaming community at all levels - highlighting “the creativity and the passion” of the international games community.

“Birmingham City University in collaboration with IndieCity is only one of nine venues hosting the event in England.

"BCU will have over 20 undergraduate students from our Computer Games Technology and Animation for Games Design courses participating this year, together with another 30 amateur and professional game developers.

“Good luck to everyone taking part and we look forward to playing your games.”

A similar event run last year involved more than 6,500 participants worked together to create over 1,500 games and this year is looking to be even bigger with as many as 10,000 people expected to participate.

The event is therefore expected to attract a mix of Birmingham City University student’s including those studying for computing courses as well as art and animation.

Andrew Wilson added: “Anyone is welcome, regardless of experience, so it’s a great opportunity to get a taste of team-based game creation.
“The short time span encourages creativity and innovation within the games produced, with games prototyped during the Jam often being expanded upon afterwards.”

The games created during the jam can all be uploaded to IndieCity, so as well as getting experience in designing, developing, and completing a game. Participants can also put their game on a shared store to get feedback from regular gamers, which is invaluable when it comes to improving game-making and promotion skills.

A special “global-game-jam” tag will be available to mark these games as part of IndieCity’s support for Global Game Jam.

This year event is being supported by Microsoft, BlitzTech, Audiomotion and Birmingham City University’s own pioneering Gamer Camp is helping to make this event possible.

Additionally, games submitted over the weekend will be eligible to enter the IndieCity Developer Challenge, a promotion currently being run by IndieCity to give developers the opportunity to get an even higher revenue share if they can get over 100 games on the Store by the end of December.

Organiser Scott MacKintosh, Community Manager for IndieCity, said “We're really excited about running another Global Game Jam site again this year – and thanks to Birmingham City University and our sponsors for their amazing support.

“Last year's event was great fun and we're expecting this year to be even bigger and better with more than double the participants at our particular venue and over 10,000 participants expected globally.”

• You can join the IndieCity Global Game Jam site at by clicking here or for more information contact Scott MacKintosh on smackintosh@IndieCity.com