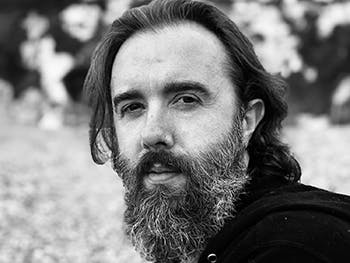 A fundraising campaign by a Birmingham City University academic to buy laptops for primary pupils enabling them to access online lessons during the current lockdown has generated over £5,000 in just seven days.

The Shipston resident kicked off his ‘Leave no student behind’ campaign by inviting friends and family to contribute to the first laptop instead of buying birthday presents, before broadening out the campaign into a 10 day £5,000 fundraising challenge via the GoFundMe website.

With the help of generous donations from the public and two companies, Classic Driving Development and EX1 Forensics (that alone totalled £3,400), Richard has been able to purchase 24 laptops using the kind donations and an extra one in lieu of receiving birthday gifts. This means that 25 laptops are now on their way to pupils in need.

“I’ve been amazed at the generosity of the community and have received donations from as far a field as Barcelona, South Wales, London and Northern Ireland.

Explaining his motivation for supporting the cause, Richard Hale said, “I saw a segment on BBC Breakfast about pupils not having access to laptops, and in some cases attempting their schoolwork using a parent’s mobile phone. As my birthday is on the 17th January, I thought why not and set myself a 10-day challenge by asking family and friends to make a contribution so I could purchase a laptop for my local primary school rather than give me gifts – I’m sure I can miss birthday presents this year. I contacted the local primary school and they were delighted with the offer.

I have been fortunate in my life to have had support which has been fundamental in my journey so far and wanted to show these less fortunate pupils that no matter what, there is always hope and there are people out there who will offer support. I’m a big believer in “paying it forward” and wanted to kick off 2021 with some positivity.