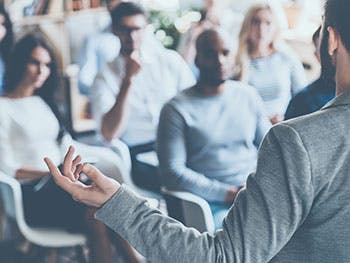 Birmingham City University is to launch a new centre which aims to analyse regional economic trends and provide insight into the regional devolution agenda, including the case for a Midlands Fiscal Commission, following the UK’s vote to leave the European Union.

The University will launch the Centre for Regional Economic Development and Investment (CREDIT) centre on Thursday 27 October at its City Centre Campus.

CREDIT will provide policy-makers and businesses across the West Midlands with an understanding of the arguments surrounding devolution of fiscal powers, and details on the latest employment figures and skills gaps, as well as information on how different sectors in the region are performing.

Headed up by economists and academics from the University and West Midlands region, the centre will also be able to provide growth projections based and advice on current trends, with markets fluctuating in the wake of June’s Brexit vote.

The opening event will feature speeches from Birmingham City Council leader John Clancy and Corin Crane from the Black Country Chamber of Commerce.

Chair of the event, Director of Research at Birmingham City University’s Business School, Alex De Ruyter said: “With the vote of the UK to leave the EU it has never been more important for city regions to proactively engage in the global economy.

Universities are key players in the region and with the thrust of UK government policy being that of devolving functions from Westminster, opportunities have opened up for regions to think more innovatively.

Other speakers at the event include Paul Forrest of the West Midlands Economic Forum and Professor David Bailey from Aston University, who’ll be discussing the consequences of Brexit for the automotive industry.

The event runs from 8am until 1pm at the University’s Curzon Building on Thursday 27 October. For more information and to attend the launch event, email kam.lacha@bcu.ac.uk.