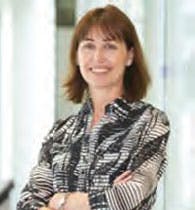 The Chairman of Unilever will be visiting Birmingham to discuss how she is guiding the global giant through the current economic downturn.

Unilever’s UK and Ireland Chairman, Amanda Sourry is the latest business leader to sign up for Birmingham City Business School’s ‘Britain’s Most Admired Companies’ series of talks. This event is taking place on Tuesday 22 September at 6.45pm at the Institute of Engineering and Technology’s (IET) conference centre at Austin Court, Brindley Place. The Business School, which is part of Birmingham City University, have been running the talks since 2010 and have included guest speakers such as Jeremy Darroch, the Chief Executive of Sky and Sir Terry Leahy, Chief Executive of Tesco.

As consumers face the biggest fall in their disposable income for a decade, Ms Sourry will discuss how Unilever is responding to these changes. She will set out how Unilever is responding to these changes by embracing a new growth model for business. Unilever is one of the biggest consumer goods companies in the world, making popular household brands like Dove, Hellmann’s, Persil, Flora, Domestos, Marmite and Knorr. In nine out of ten UK homes there is a Unilever product, which brings a unique understanding of how consumers live and work.

Ms Sourry, who was educated at Cambridge, joined Unilever back in 1985 in a brand manager role. She has subsequently held a number of roles including marketing manager for its spreads division and a senior marketing role for its Knorr brand. She took up the role of executive vice president for spreads and dressing, global, in 2009 and was promoted to her current role 2010.

She will be introduced to the audience by Birmingham City Business School’s Executive Dean, Professor Christopher Prince, and will open the floor to a question and answer session following her talk. Professor Prince said: “We are very excited to have Amanda Sourry visit to deliver her talk. As the economy is continually in the headlines I am sure many of Birmingham’s business leaders will find her talk both inspiring and informative. Amanda is the latest outstanding, inspirational speaker that we have invited to give a talk. Places for the event are filling up fast and we are expecting a ‘full house’ ”