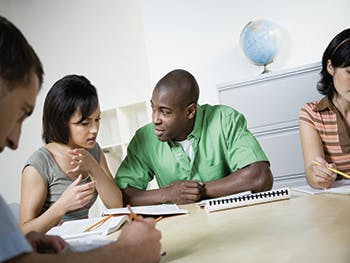 People living in the West Midlands take home £150 less than the national average each month and are nearly 10 per cent less likely to hold qualifications at degree level or above, according to official figures.

Birmingham City University crunched the numbers using Nomis, the Official Labour Market Statistics tool, following the Government’s announcement that £10,000 postgraduate loans would be made available for the first time.

Figures from the Department for Business, Innovation and Skills show that those holding postgraduate qualifications, such as a Masters degree or PhD, earn on average £8,000 more than graduates per year, or £320,000 over a 40-year working life.

The research was carried out ahead of a series of advice sessions to be held at the University’s Postgraduate Open Day (Wednesday April 20) to explain the new loans and how courses could boost wages and career options.

According to the statistics, less than a third of people living in the West Midlands have a degree or postgraduate qualification, seven per cent lower than the national average and ranking behind other major regions like the North West, Yorkshire and Scotland.

Statistics also showed that more than one in 10 people in the region (13.5 per cent) have no qualifications at all.

"This year presents a slightly unique situation with the Government making loans available to postgraduate students for the first time."

The figures show that those who hold qualifications higher than a degree go on to earn more money than those without, but students no longer need to worry about finding the money to further their education themselves.

"This is why we'll be running three separate talks during our Postgraduate Open Day explaining exactly what these loans are and how they work, as well as answering any questions about courses and job prospects throughout the day."