Political journalist to be honoured at University awards ceremony 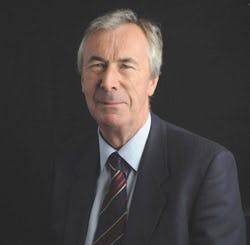 One of the region’s leading political journalists will receive an honorary doctoral degree from Birmingham City University next week in recognition of his services to journalism and his commitment to Birmingham and the West Midlands.

Patrick Burns began his career as a news trainee for the BBC. He has since reported on some of the most challenging political and security assignments the UK has seen, beginning in 1977 when he moved to Belfast to report on sectarian violence that blighted the Northern Ireland communities during the late 70s, more commonly referred to as ‘The Troubles.’

Through his decades of service to public broadcasting Patrick is now widely considered a veteran in his field, having interviewed every Prime Minister since Margaret Thatcher and covering eight general elections.

He is also a member of the Westminster Lobby; an honour only bestowed on a select group of senior journalists. When Patrick first joined, fellow members included legendary political editors John Cole and John Sergeant. Being a Lobby member allows Patrick privileged access to certain parts of the Parliament and Downing Street, in order to help uncover what is really going on ‘beneath the surface'.

As a Birmingham native and resident for the past 25 years, Patrick has managed teams responsible for political coverage on BBC Midlands Today, five of the region's local radio stations and any coverage on the BBC website. He became the BBC’s Midlands Political Editor 15 years ago and now presents the Sunday Politics Midlands programme for the BBC.

Patrick continues to serve the region with the work that he does with local schools and his support for the area’s arts institutions. He said: “I am deeply thankful and greatly honoured. It is wonderful to have this recognition from the university which is named directly after the City of Birmingham with a capital ‘C’. I am immensely proud of Birmingham and happy to have been born a Brummie."

Patrick will be receiving his honorary doctorate at the graduation ceremony at Symphony Hall in Birmingham on Monday 18 February.