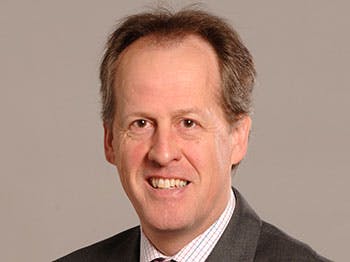 Birmingham City University has appointed Professor Keith Horton as the Executive Dean for its new Faculty of Business, Law and Social Sciences, a move that promises to further strengthen its regional and international business links.

Professor Horton will join in January, leaving his position as Dean for the Faculty of Business, Computing and Law at the University of Derby, which he has held since 2010.

Professor Horton, who has also held strategic and faculty leadership roles at Edinburgh Napier University, forged strong ties between Derby and the regional economic and professional services sector, as well as developing a range of international relationships for the institution.

Commenting on the appointment, Birmingham City University Vice Chancellor Cliff Allan said: "Keith will be a great addition to Birmingham City University, bringing a proven record of developing the regional and international business links that we value so highly, further advancing our reputation in the wider economy and offering students crucial opportunities in industry and commerce."

Professor Horton said: "I am delighted to be joining Birmingham City University as Executive Dean of such an ambitious new faculty. The university has a very good reputation in the city, region and beyond, which I very much look forward to developing further.

"I have enjoyed the past four years with the University of Derby and am proud of what I have achieved in that role, and very much look forward to the opportunities ahead."

Professor Margaret Bruce, Deputy Vice-Chancellor at the University of Derby said: "In the four years that Keith has been at Derby, he has worked assiduously to raise the University's profile amongst key stakeholders in the city of Derby, local communities and across the region.

"Keith is a much valued colleague and we are obviously sorry that he is leaving us, but we wish him all the best in his new position at Birmingham City University."

When he takes up his new post at the start of 2015 Professor Horton will replace Professor Fiona Church, who will then focus full-time on her role as Pro-Vice Chancellor Student Learning Experience.