John Lewis boss to be honoured at University ceremony 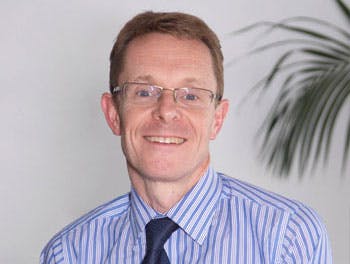 Managing Director of John Lewis, Andy Street, is to be awarded an honorary degree at a Birmingham City University graduation ceremony next week.

Andy joined the John Lewis Partnership after graduating from Oxford University in 1985 with a degree in Politics, Philosophy and Economics.

Andy became Managing Director of the John Lewis Division in 2007 and has led the business through times of significant change in both the economy and the retail industry.

Andy has overseen John Lewis gross sales increasing in excess of 50% to over £4.4bn, making the department store one of the UK’s most respected and successful retailers.

After initial roles in department stores, head office and manufacturing units, Andy became Managing Director of John Lewis Milton Keynes in 1993, followed by the same role at Bluewater in 1998. In 2000 he became Supply Chain Director, followed by his appointment as Director of Personnel in 2002.

Andy will receive his Honorary Doctorate from Birmingham City University on Wednesday 27 July in a ceremony with students graduating from the University’s Business School.

“It’s a huge honour to receive the award”, said Andy.

“I’m sure everyone says that, but for me it’s special because it’s from a university in my home city and a city I care deeply about.”

Andy is also Chair of the Greater Birmingham and Solihull Local Enterprise Partnership (LEP), the body tasked with driving economic growth in the region. In June 2015, he was awarded a CBE for services to the economy.

Speaking ahead of the graduation ceremony, Andy said: “If I was to offer advice to the graduates of today, I would say to follow your heart.