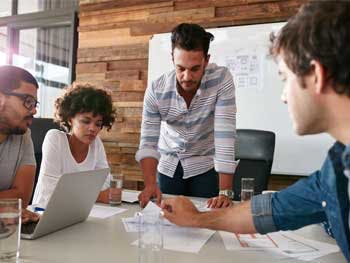 Top Midlands’ entrepreneurs will be giving hundreds of budding business owners tips on running their own organisation at a major event this month.

The day-long event, StartUp 2017, will be held at Birmingham City University on Saturday January 14 to give people interesting in starting a business the chance to sharpen their skills.

The Birmingham event will be one of three sessions taking place simultaneously across the country, with London and Bristol also hosting events organised by small business support group Enterprise Nation.

Attendees will also be given the chance to speak face-to-face with a business advisor for guidance on turning their idea into a business, becoming their own boss or improving their entrepreneurial skills.

Among the speakers on the day will be:

StartUp 2017 comes at a time when Birmingham and the West Midlands has seen significant growth in the number of small businesses being launched and has been recognised as one of the UK’s start-up hotspots.

Professor Julian Beer, Deputy Vice-Chancellor at Birmingham City University, said: “StartUp 2017 is the perfect opportunity for people to get the kind of key advice and support they need to make the move towards starting their own business or becoming their own boss.

Birmingham is well known for being one of the country’s start-up hotspots and the continued growth of small businesses here, and in the wider West Midlands, can play a key role in underpinning the future prosperity of our economy. That is why this will prove such an important event.
Professor Julian Beer

Enterprise Nation founder Emma Jones said: “Even global political turmoil can’t deter thousands of people from wanting to take control of their destiny and be their own boss. Every single minute of the day, a business is started in the UK, come rain or shine.

“Every year we help those with heartfelt ambitions of starting-up or wishing to brush-up on their skills to pick up very practical advice on subjects like finance and social media, link up with like-minded individuals, get the inspiration to help give their new business idea the very best start, or take their existing business to the next level.

“It’s a whirlwind of a day and leaves everyone’s heads spinning – but it’s the perfect way to absorb everything you need to know before you take the next step.”

Bivek Sharma, Head of KPMG Small Business Accounting, said: "StartUp 2017 truly is one of the biggest and most important events in the UK for start-ups and small businesses. It offers inspiration and networking mixed with practical tips on everything you need to know before you start – and how you can inject productivity and growth into an existing concern. We are looking forward to welcoming thousands of businesses on the day."

Richard Bearman, UK Director of Small Business at HSBC, said: "Small businesses are the backbone of the UK economy, and HSBC is passionate about supporting their ambitions and growth plans. StartUp 2017 is set to be the biggest and best yet."