Experts to address fraud and crime in the workplace 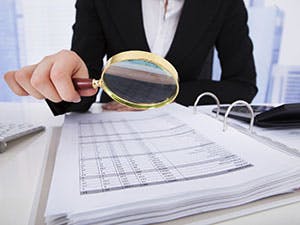 Following news of Tesco Senior Executives being suspended for overstating profits, academics from Birmingham City University are joining other professionals to debate with internal auditors from various organisations, the issues associated with crimes committed against the workplace.

Organised by the Chartered Institute of Internal Auditors, the ‘Crime & Internal Audit’ event at accountancy and business advisory firm Baker Tilly’s Birmingham office, will include discussions on criminal investigation within organisations and prosecution.

Ann Brook, Senior Lecturer in Internal Audit, Risk and Assurance at Birmingham City University and Fellow of the Chartered Institute of Internal Auditors, said: “In the current age there is hardly a day which goes by without allegations of fraud and corruption hitting the headlines around the world.

“The recent GlaxoSmithKline fine of £297m in China over corruption and bribes being made within a sales process is just one example, and it seems that there is an increase in the frequency and size of such events.

“It isn’t just the usual ‘supplier fraud’ which is taking a hold, but fraud and corruption at a much higher level within organisations that can cause significant damage. It is absolutely essential that every organisation takes guard – they must set out to prevent, detect, investigate and prosecute in every case. The reputational damage that is caused by what could be considered a ‘perk’ is now more significant and is wiping millions off share value.”

The event on Thursday 16 October will explore the prevention, detection, investigations and prosecution processes that can be used to help organisations stamp out the damaging and high profile issue of organisational crime.

Also speaking at the event will be Professor Craig Jackson, Head of Psychology at Birmingham City University. Professor Jackson will be discussing psychology in the workplace and those that commit crime.

For more information and to book tickets, visit www.iia.org.uk/training-events.