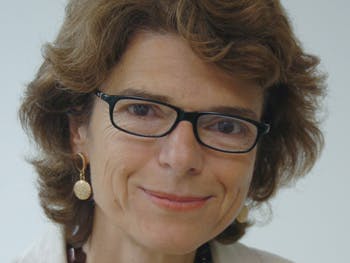 Economic and political experts will mark the 10th anniversary of the global financial crisis next week at a free event asking ‘Is the Economic Crisis Over.’

Birmingham City University will be hosting the event on Wednesday 28 November as part of its City Talks series, and will bring together a panel of expert speakers to tackle the causes of the crash, the future of capitalism, the bankers’ bail-out and the legacy of the crisis.

The panel will be made up of leading experts from economics, business and politics including Vicky Pryce, Visiting Professor at Birmingham City University and former government Chief Economic Advisor.

She will be joined by Catherine McBride, Senior Economist at the Institute of Economic Affairs, Saqib Bhatti, President of The Greater Birmingham Chambers of Commerce and Rob Macquarie of Positive Money; an economic think-tank campaigning for a new way of thinking about the banking system and economy.

The talk will assess the impact of the 2008 financial crash on global markets and businesses, as well as its influence over major political events from the era of austerity to the rise of populism and polarisation.

The free event will be take place at Birmingham City University’s Curzon Building from 6.15pm and will give audience members the opportunity to quiz the panel on the likelihood of future crashes, the economic deficit and the impact of political events around the world.

Speaking ahead of the event economist Vicky Pryce said: “Trade disputes and fears of a world slowdown are worrying the markets. In this environment the question of whether the financial system is now solid enough to withstand a crisis is a real one.

With the added uncertainty created by Brexit, and the impact it will have on the future of the UK and EU economies, these questions are now more relevant than ever.
Vicky Pryce

Chairing the panel will be Liz Goddard Director of CoComms, who boasts 25 years’ experience in journalism including BBC News and The Politics Show.

Liz will use her extensive experience to get to the heart of the panellists’ views on Brexit, the end to austerity and what the future of finances in the UK and beyond might look like.

People will be able to find out more about the University’s business, economics and finance courses at its Open Day on Sunday 25 November 2018.