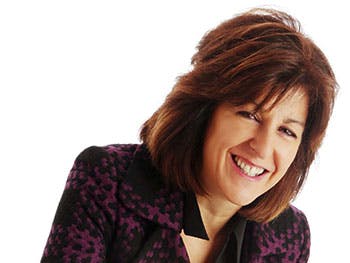 Chief Executive of Birmingham St Mary’s Hospice, Tina Swani, is to be honoured as Birmingham City University’s Alumni of the Year.

Tina will receive her award on Wednesday 27 July at the University’s graduation ceremony before students from Birmingham City Business School, ahead of embarking on their careers.

Tina graduated from Birmingham City University in 1995 with a Master of Business Administration (MBA) and since then has developed a successful career in the charity sector.

After working for the British Red Cross, Tina began her current role as Chief Executive at Birmingham St Mary’s Hospice in 2001 and has overseen an increase of annual income from £2million to £8million. The Hospice cares for over 1,200 patients and families in Birmingham and Sandwell every year.

“In terms of commercial income, we had two shops when I started and we now have 15, and we’ve developed a much wider range of income streams to ensure ongoing financial stability” said Tina.

“The theme of our strategy for the next four years is ‘hospice care for all’, reaching more people and ensuring that our service is accessible across and within the whole community including care homes, hospitals, hostels and prisons.

“Our care extends well beyond the hospice building itself with much of it delivered in people’s homes, as well as our educational work with health professionals across the community. We have also recently launched two new satellite clinics in local GP surgeries, enabling us to deliver more care closer to where people live.”

I’m really delighted to learn that I’m an Alumni of the Year. I’m honoured to have that recognition especially as it highlights the great work we all do at the Hospice.

“Everything I do is through the efforts of all individuals in the organisation and all the people in the communities that support us. For me, it’s not just my achievement, it’s everybody’s, and I’m really proud of the progress we’ve made together.”