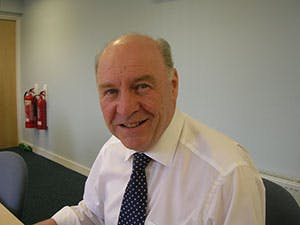 The Chairman of Birmingham Airport, John Hudson OBE, will be awarded an Honorary Doctorate on Tuesday 2 September, at a Birmingham City University graduation ceremony.

John has substantial experience as a chairman and chief executive of manufacturing companies and has gone on to become a well-known industrialist who has spent many years working with engineering companies in and around the Midlands. He has been Chairman of Birmingham Airport since 1997.

John Hudson said: "I feel extremely honoured to receive this award. Birmingham City University is a substantial institution offering highly relevant courses very much matched to the needs of industry and commerce. My own studies there provided an excellent basis for my career and I thank them for their consideration".

Following spells at Delta Group and the Morphy Richards' subsidiary of GEC Group, John was Chief Executive of Wagon Industrial Holdings plc for 10 years, where under his stewardship Wagon developed into a broad based engineering group with a substantial market capitalisation. He served as an Independent Non-Executive Director of Temple Bar Investment Trust PLC from 1992 to 2005, and also of Senior Group PLC for 10 years.

His services to industry in the West Midlands led to him being awarded the Order of the British Empire in 2003 and he is currently a Deputy Lieutenant for the West Midlands Lieutenancy. He has served as President of the Birmingham Chamber of Commerce, Chairman of the West Midlands Industrial Development Board and was a founding member of the CBI National Manufacturing Council.