Where town meets countryside – a potential home for economic growth? 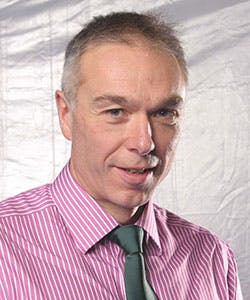 Focusing on the key issue of growth, the 2013 Planning Convention covered a broad vision of the future we should be planning for, drilling down into the practical mechanisms planners on the ground are using to create growth.

Addressing the ‘Planning for Growth’ theme, Professor Scott’s talk covered key themes which look at progressing beyond media-led debates and the politics of planning.

“At the heart of the changing landscape of planning reforms is the conflict between those who want to see economic growth in the form of new housing, jobs and infrastructure and those who appear to want to scupper it through protest and legal delays,” said Professor Scott.

“The rural-urban fringe is the valued and contested space where town meets countryside and where much of the recent conflicts about the kind of growth we want is played out on a daily basis.”

Professor Scott also discussed how the rural urban fringe is characterised by disintegrated policy approaches and how the growth agenda fails to capture the hidden assets and needs of nature and community.

“The rural urban fringe shouldn’t be seen as a negative space waiting for the city to expand it. It’s a place of fusion between town and country and should be a space where creativity and innovation is actively encouraged and tested so that we can respond more meaningfully to the key challenges we face as a society.”