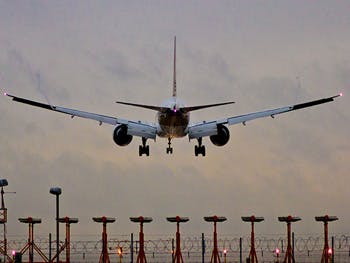 Development debates often tend to juxtapose environmental concerns with the need for economic growth and job creation.  The decision by Parliament today to support the expansion of Heathrow Airport with a third runway, is a good case in point.

An expansion, no doubt, will create more jobs in construction and transport industry, and is likely to result in all sorts of knock-on retail and service-related economic benefits (also a very good job and research opportunities for our building surveying, quantity surveying and engineering students). There is also of course a long list of environmental and social impacts that are rather unattractive, such as a significant increase in air pollution (from airplanes and increases in associated road traffic) and noise pollution and vibration for those living near the airport, as many prominent politicians and (environmental and resident) lobby groups have highlighted.

Who wins? Who loses? We may be able to quickly identify obvious winners – such as construction firms; air travel companies and supply chain; business and private air travellers – and losers, for example those experiencing the noise and vibration; tax payers who prefer green investment; further deterioration of land, water and air-encompassing ecosystems. What is rarely talked about in such balance sheets, however, are the indirect but heavy prices paid by society overall.  The almost invisible but very real costs associated with years lost due to ill health, stress and rapid climate and environmental change.

There is also the question of how our rhetoric about climate change mitigation and carbon reduction ‘matches’ a seemingly unfettered mission and dominant rhetoric of growth, post-Brexit global powerhouse? The UK largely met past carbon emission reduction targets because of a convenient switch from oil to gas and a prolonged time of economic recession, reducing fuel-/resource consumption and slowing large-scale development endeavours.  Politicians (briefly) talked about the Paris Agreement but walking the talk seems very unpopular, they rather fly to Paris.

So we seem to be locked into a very narrow positivist ideal of development, in which the pound signs flash more brightly than the impacts on our fundamental life-supporting environment. Claudia Carter

Our social-ecological systems turn increasingly complex and signs of loss and degradation become starker, irreversible and ultimately an economic and life threat. We may choose to ignore this, or pay lip-service, as well as fund or support ‘sustainable’ projects; but it does not mean this loss of environmental quality and degradation is not happening.

One of the first discussions I have with my students on the Environmental Sustainability Masters course here at BCU is around ‘economic growth’ and how that may actually significantly differ from debates around ‘economic wellbeing’. Another discussion is about degrowth as opposed to a neoliberal based development trajectory. We do not generally talk about this at all in the UK.  Most students had never come across the word ‘degrowth’. Yet thinking about our one planet, its limits and boundaries we should focus more on treasuring what we have; focus on quality of goods and quality of life for citizens and visitors here; think more about some of the difficult questions of how to transition to low carbon travel and living rather than more of the same that has brought as much harm as profit and joy.  I doubt the government will put to bed plans for airport expansions; it is unlikely to be the last runway in England to be built … but eventually I know that my daughter’s vision is likely to come true, where car lanes will turn into cycle paths and constant flying be plain stupid.

Want to study with us?