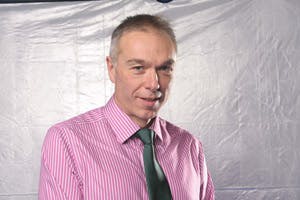 Leading academics from Birmingham City University will be making their voices heard at a forthcoming industry event to discuss retaining and creating more skilled jobs in the region's built environment sector.

This year marks the sixth annual debate of this kind, with the focus this year on ways of combating the brain drain from the built environment sector in the West Midlands.

Taking place on Thursday 26th January the debate is being chaired by Andrew Thompson, Regional Chair of the RTPI West Midlands, with three of the five panellists coming from Birmingham City University – spanning all areas of the built environment from planning to landscape architecture.

The experts in the field, including Birmingham City University Professor in Spatial Planning Alister Scott, will also address the issues of retaining and creating skilled jobs and economic growth in the West Midlands.

“Sponsorship of the event marks a significant point in the history of the former School of Property, Construction & Planning; as we are celebrating our move and our new identity as BSBE through a series of activities over coming months.

“The key provider of RTPI and RICS-accredited education in the city, BSBE prides itself on the strength of a practice-focussed and inter-disciplinary approach to professional education. Our activities neatly mirror those of the Institutes participating in the Great Debate.

“This is a period of significant and far-reaching change, both within the built environment sector and within higher education; we look forward to a timely and lively discussion on the future of the professions and our respective roles within them.”

Attendance is free of charge. On-line registration and booking is essential at http://www.ice.org.uk/Events-conferences/Events/The-2012-Great-Regional-Debate