Among the leading contemporary artists in China, with a practice deeply informed by traditional and contemporary Chinese philosophy, culture, and society, Beijing born artist Zhan Wang produces sculptures and installations that are both boldly physical and tantalizingly conceptual.

Rocks—real and fabricated—are recurring motifs and materials in his work, through which he explores the intertwining of human and natural history and our relationship with urban and natural landscapes. In his ongoing “Artificial Rocks” series, one of his most celebrated projects, Zhan fabricates stainless steel replicas of “scholar’s rocks”, the famously unusual rocks traditionally found on the desks and in the gardens of Chinese intellectuals and used as objects of meditation and contemplation. With their mirrored surfaces, Zhan’s rocks effectively block attempts to retreat from the world through absorbed contemplation by insistently reflecting it back at viewers.

Zhan Wang started producing his jiashanshi (artificial rocks) series in the mid-1990s, with the aim of engaging in a new interpretation of traditional Chinese culture while hinting at the industrialisation process undergone by contemporary cities. His works, which make use of stainless steel to take three-dimensional ‘rubbings’ of traditional Chinese rockeries, create a new environment — halfway between garden and city, nature and artificial space. These ‘artificial rocks’ are both real and fake: while they are very faithful reproductions of the originals, of the same height and size, scrupulously copied down to every small detail or texture, they are made of a completely different material. In this way, they are slightly reminiscent of the cyanotype, a photographic technique invented in the early nineteenth century, which was used to chemically capture and record actualsize projections of the concrete shapes of everyday life objects, thus creating faithful reproductions. 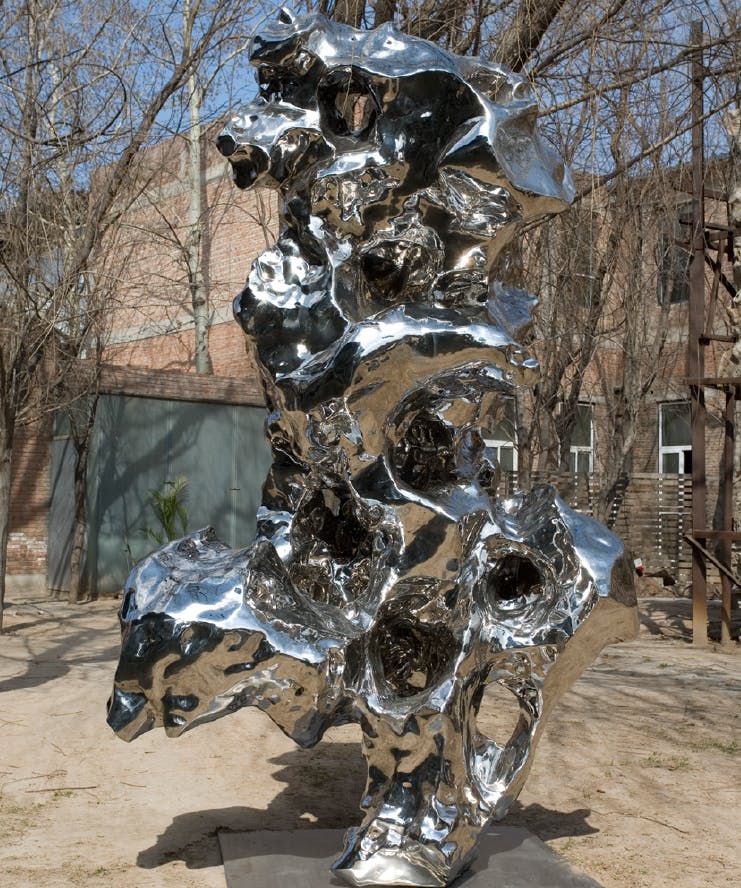 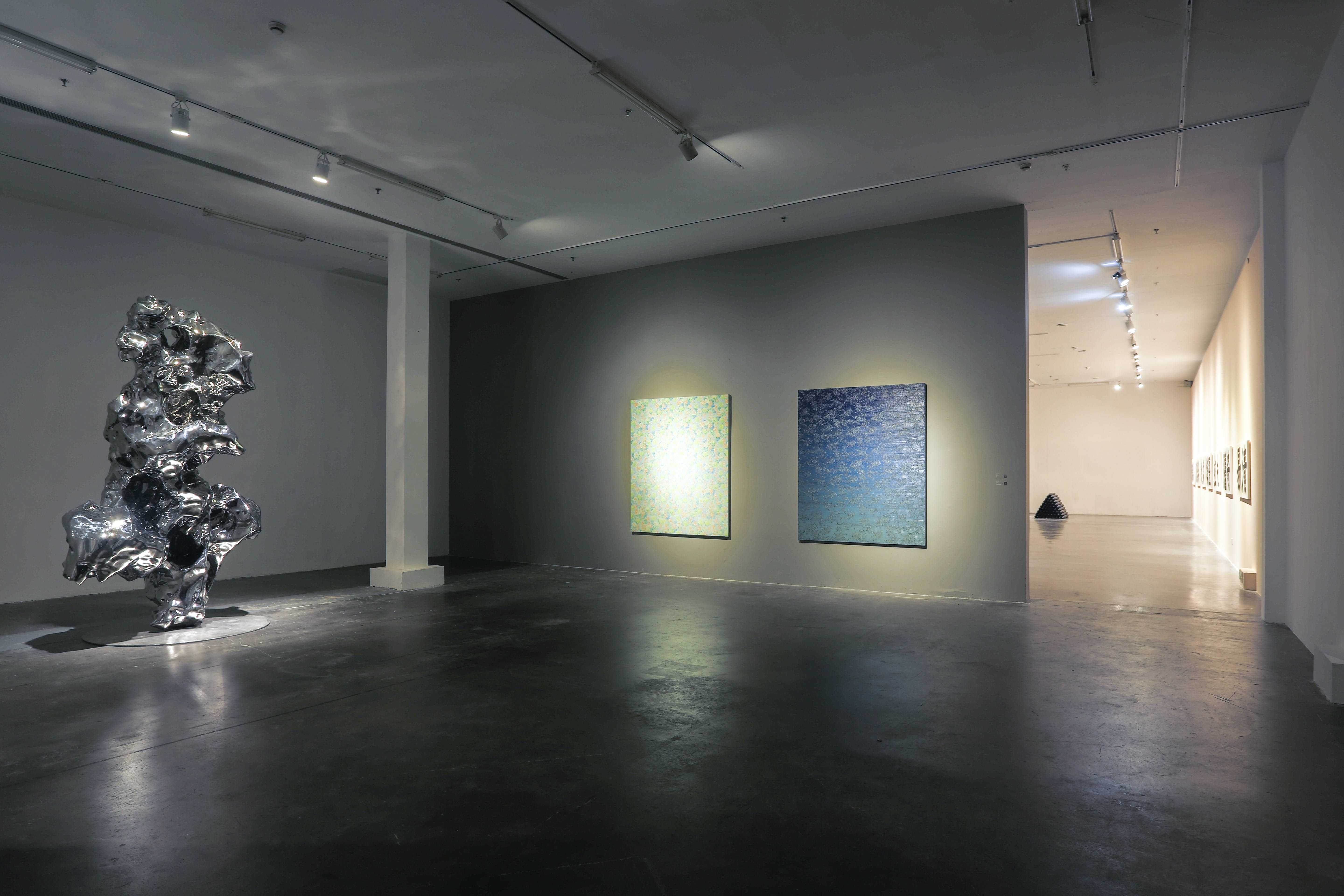 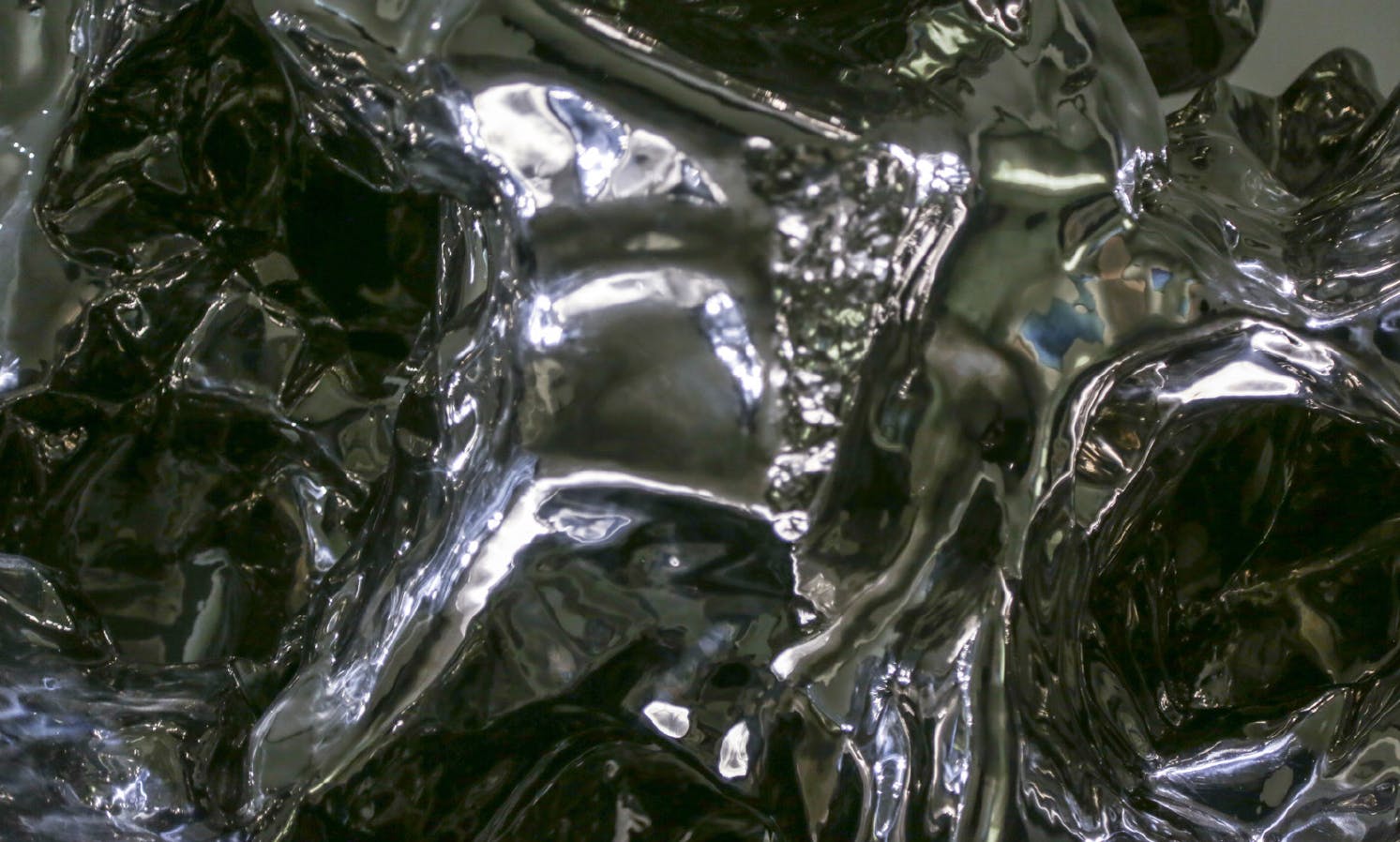