Yang Xinguang was born in Hunan, China, in 1980. A graduate of the sculpture school at Central Academy of Fine Arts, Beijing, China, he works across disciplines in his conceptual inquisitions of material and textile.

Yang’s interest in symbiotic relationships with organic and man-made materials is rendered in his works, which reference the everyday and aesthetic simplicity. Drawing inspiration from the arte povera and mono-ha movements as well as minimalist sculpture, he uses wood, gold, earth and stone in their natural states.

Even though he is constantly immersed in reflections about cultural tradition, Yang Xinguang has always strived to avoid directly employing traditional visual symbols, but rather, to recreate and resurrect the spirit and character of traditional culture within a contemporary setting. His strategy begins with a process of ‘abstraction’, in which he takes advantage simultaneously of the abstract essence of nature, and of that found within art. The various linear geometric forms he welds to-gether from black steel bars constitute the artist’s vision of a ‘mountain forest’. In this series of works, the artist does not simply copy the imagery of landscape painting within traditional culture, but reflects critically on the texture strokes used in these paintings. He weaves them together like a craftsman producing a traditional tapestry of cut silk, following a pre-established order with exceptional skill. Yang’s intentional ‘errors’ disrupt the structure of this perfectly ordered world, destroy its physical form, break the rules governing it, and wreck all composition. And yet far from making the original imagery go awry and out-of-tune, these ‘errors’ actually bring with them a happy surprise, or in other words, a new order. As a result, what we see isn’t merely a con-temporary form of landscape painting with a ‘literati mood’ made out of different materials, but the fleeting moment in which this mood and this imagery effectuate a transition into fantasy.

This instant is forever frozen right here, in between past and future. While we may consider that the works originate in a questioning and an investigation of the traditional culture of landscape painting, in practice, they are in fact a transformation process of the originally two-dimensional visual expression into a three-dimensional one. Due to their linear form, when they are exhibited within an empty space from which visual disturbances have been eliminated as much as possible, these installations seem to mysteriously return to a sort of ‘flatness,’ like black lines on top of a sheet of white paper. Only when walking around does the viewer witness their ‘movement’. As for these rocky mountains, which seem painted with a broken brush, they are left to continue their magical transformations as we move from one to the other. 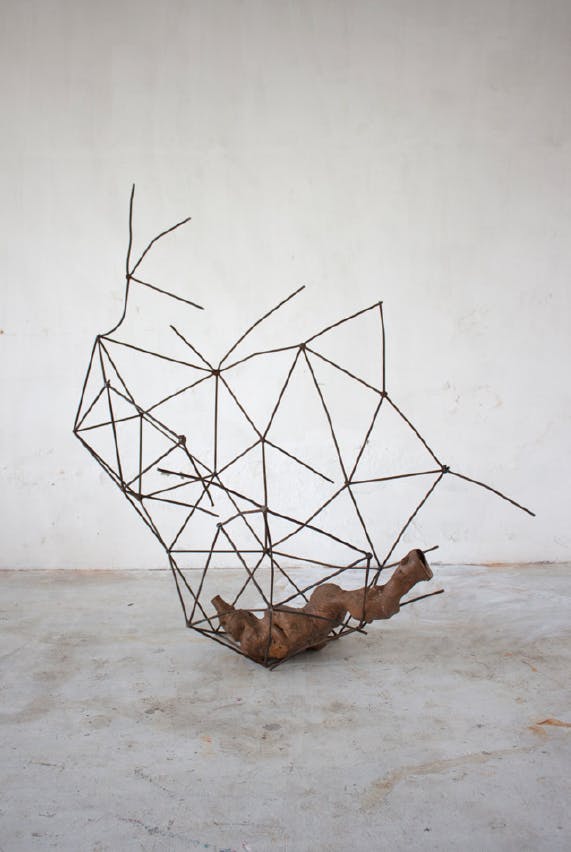 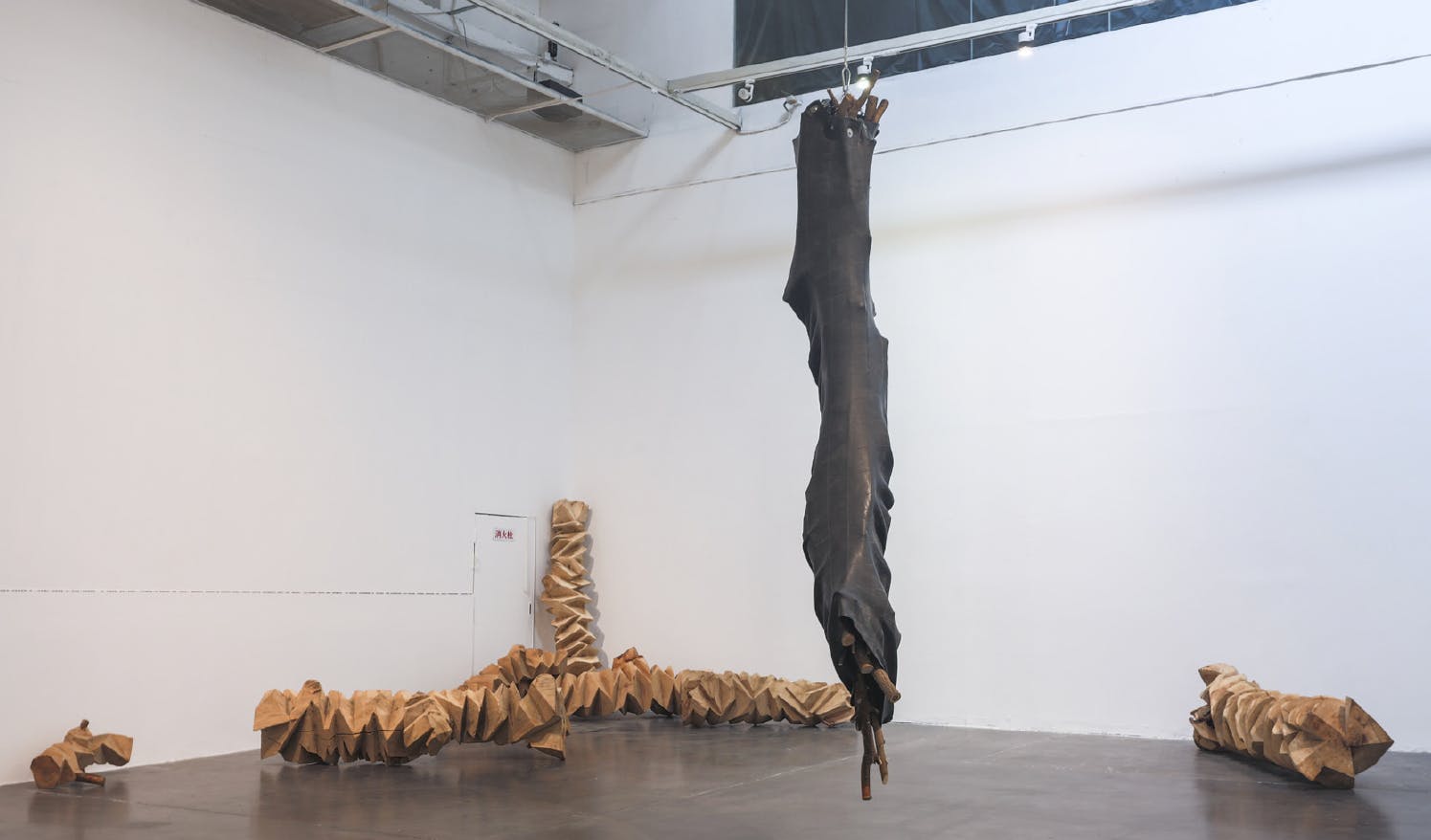 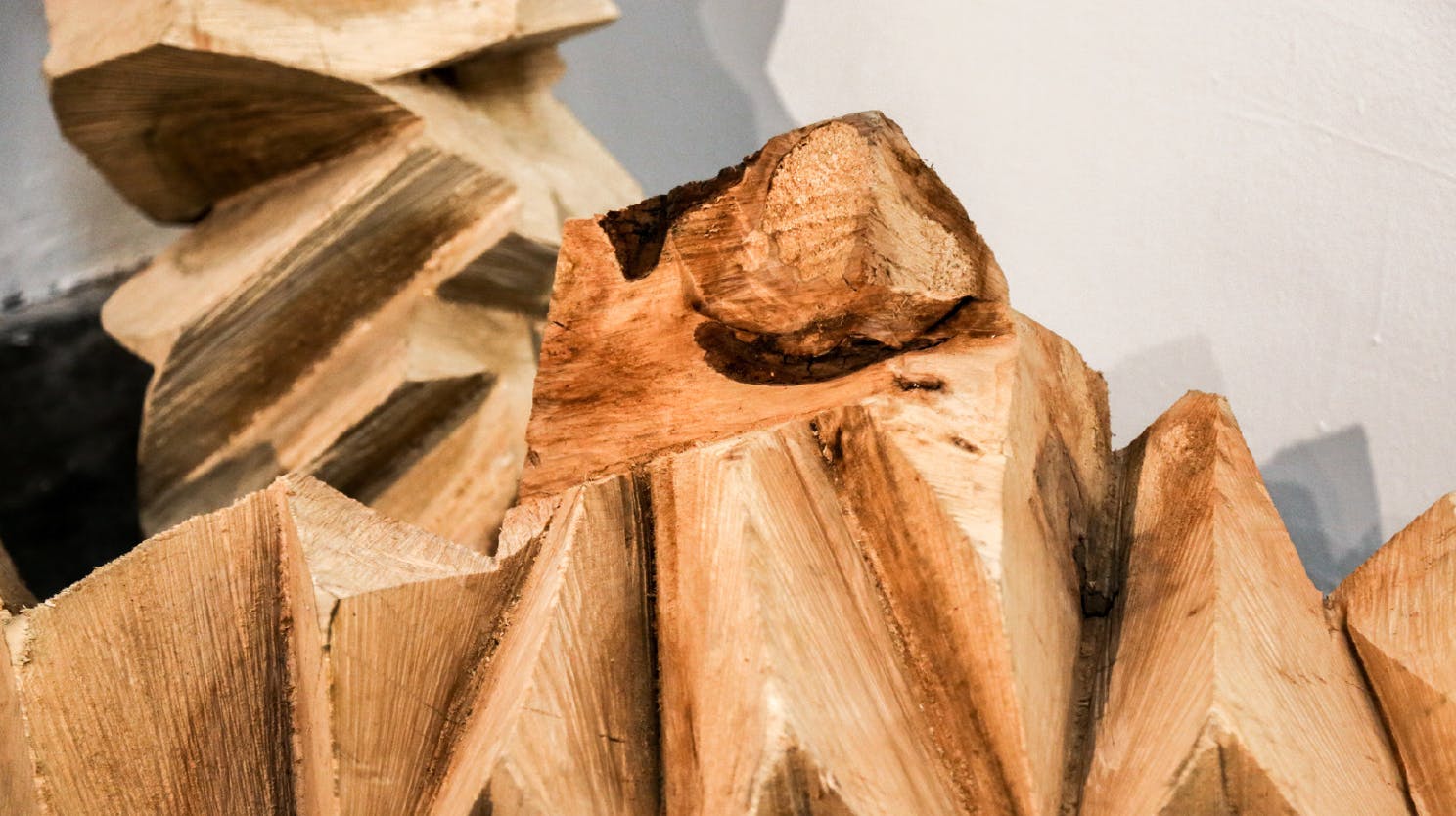 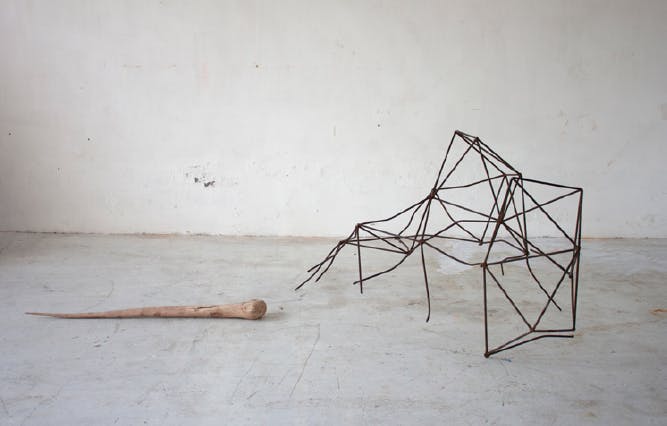