Yang Mushi was born in 1989 in China’s Jiangxi Province, and currently lives and works in Shanghai. In 2014 he graduated from the prestigious Central Academy of Fine Arts in Beijing.

The artist’s mother and father are Shanghai-based visual artists Chen Xiaodan (b. 1962) and Yang Jianping (b. 1961), whose works were shown at the Venice Biennale in 2013. Yang Mushi’s first solo exhibition entitled “Illegitimate Production” at Ai Weiwei-designed Galerie Urs Meile in Beijing’s Caochangdi art district runs from 3 September to 16 October 2016. Art Radar speaks to the Chinese artist to discuss his latest works, his upbringing in a family of artists and the ideologies that have shaped but also challenged his generation.

In Subtracting: Beam, Yang puts beams from destroyed old homes to more direct use. In Chinese, the word dongliang (ridgepole) generally transcends its primary meaning, which refers to a beam used in the construction of a house, to signify an uncom-monly talented and reliable person. In the fast-paced vicissitudes of Chinese cities, as these old ridgepoles have been discarded and supplanted by reinforced concrete and glass curtain walls, their role as specific social allegories has also undergone a fundamental change. Yang carved and sharpened both ends of all beams he collected, and covered them in black paint, leaving them undisturbed by any other colour; he thereby turned them into expressions of sheer, acute, primi-tive aggression. In his own words, ‘Through thoroughly alienated matter, this work expresses the consumption, the regression and the malformations that occur in an age of sudden mutations.’ These beams are no longer the main force sustaining the spatial structure of everyday life, but have become an array of ostentatiously revealed ‘weapons,’ utterly silent and yet seething with the will to kill. To form this series of works, Yang immersed himself in a daily nine-to-five rhythm of soul-crushing manual labour, thus using his own bodily experience to bring about this transformation — which does not only happen on the level of function, social role or culture, but also on a spiritual plane. The ridgepoles are no longer fundamental elements in a safety structure, nor key factors in an aspiration to development; on the contrary, they have been turned into some mysterious arrows, ready to be shot at any second.

In his practice, Yang Mushi often reprocesses old furniture and architectural materials, in order to develop forms endowed with new meaning. In Connecting, he erases almost completely the texture of different kinds of wooden objects, along with their time-inherited information and the everyday life functions and properties they embodied, to form a sole, gigantic, flawless ‘black-board.’ It seems to expand, while preserving a certain serenity and simplicity, as if inviting us to rewrite history. 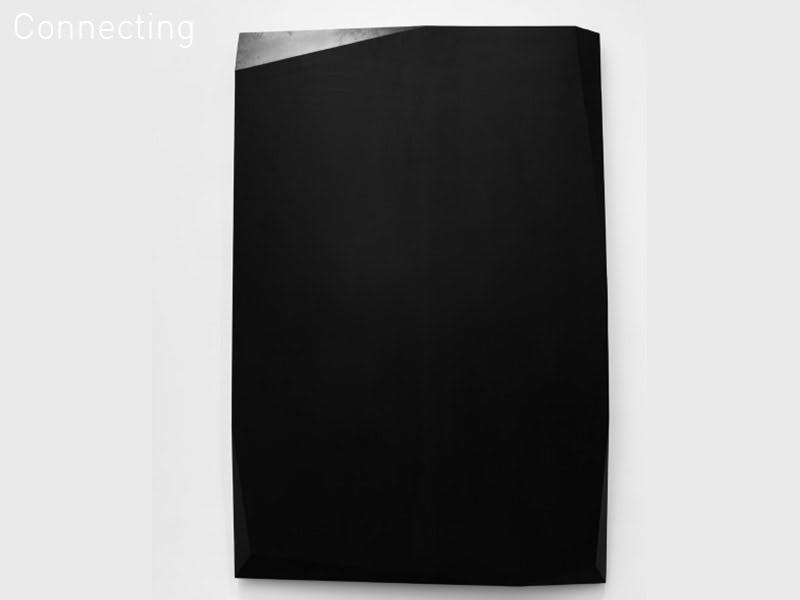 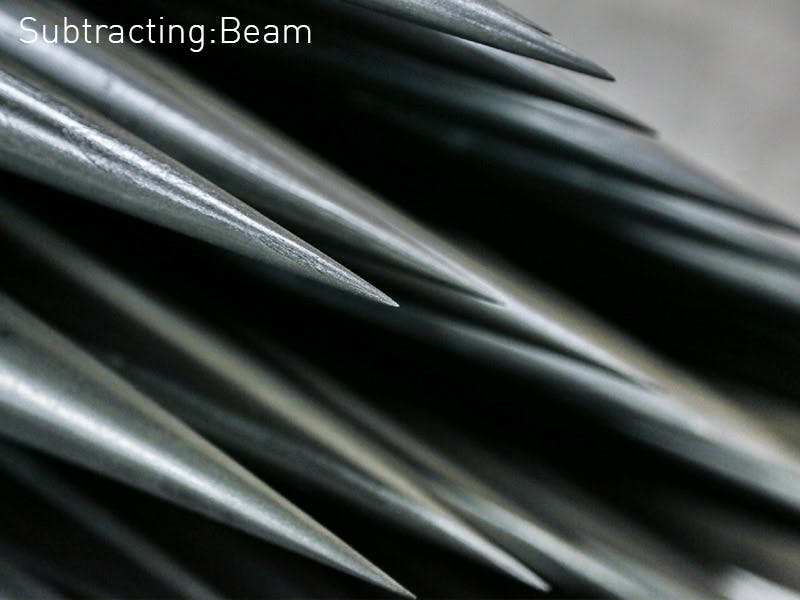 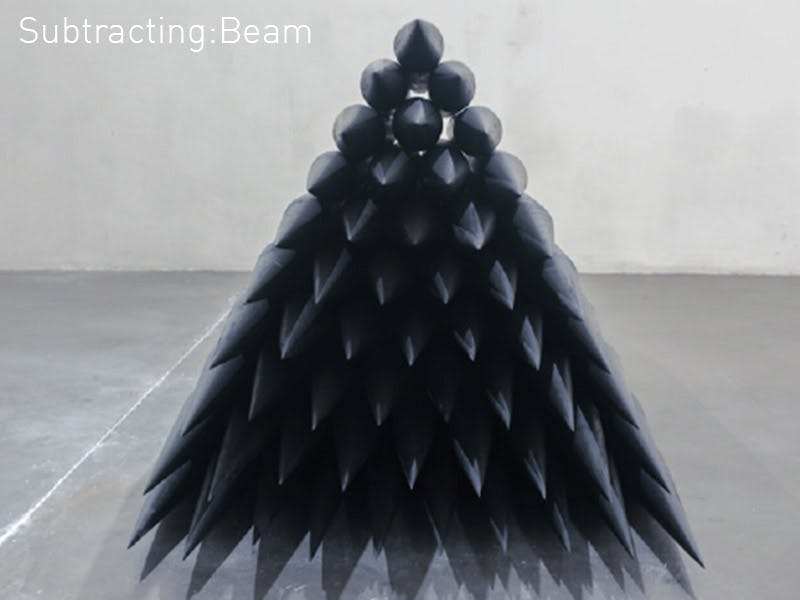