Sun Xun was born in Fuxin, an industrial mining town in northeast China, and grew up in the period immediately following the Chinese Cultural Revolution.

The lingering aftereffects of this movement continue to have a profound impact on his work, which often explores the themes of global history, culture, memory and politics. He is especially interested in the way historical events are perceived and remembered by ordinary citizens versus how they are officially presented by public agencies and the media. Sun Xun’s work explores concepts of past versus present, personal versus political in symbolic and surrealist ways, often choosing to use animals and insects as the main characters of the story instead of people. Sun Xun studied printmaking at the China Academy of Fine Arts, and founded Pi animation studio in 2006. In 2010 he was awarded the Best Young Artists award by the CCAA, the Young Art Award by Taiwan Contemporary Art Link and the Arts Fellowship by Citivella Ranieri Foundation (Italy).

Some Actions Which Haven't Been Defined Yet in the Revolution

What Sun Xun borrows is the form and visual language of woodblock prints, which he uses in the production of his animated works. Some Actions which Haven’t Been Defined Yet in the Revolution is a film composed of dozens of millions of woodblock prints: in an era marked by such fast-paced exchanges of information, the artist chose the most time-consuming handicraft technique to portray and question the current state of everyday life. Starting with the New Woodcut Move-ment led by Lu Xun in the 1930s, woodblock printing remained a crucial means to inspire people and urge them to take action in the wake of the Chinese revolutionary movement, and it was used continuously until the days of 1960s political propaganda. But in Sun’s works, this ‘revolutionary’ visual language is actually used to describe a person of uncertain identity in a dreamlike space and time, saturated with all sorts of recollected symbols and allegories. We see a man, a lonely one; insects, lizards, crows and cats, each of which lives its own life; the arm of a heroic chairman waving in an alarm clock, producing history; full lips, a tongue and teeth — in the dark, one might as well let oneself loose. Everything is meticulously carved into the wood, a jumble of past, present and future. 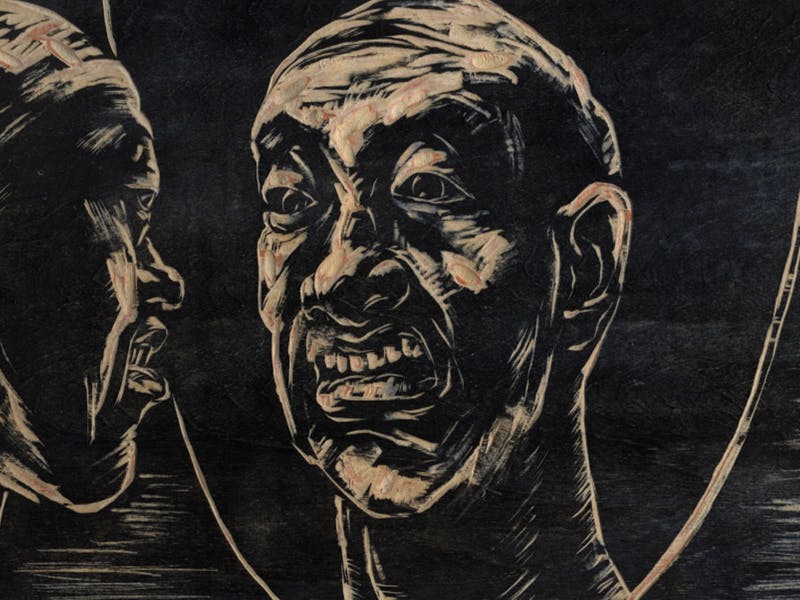 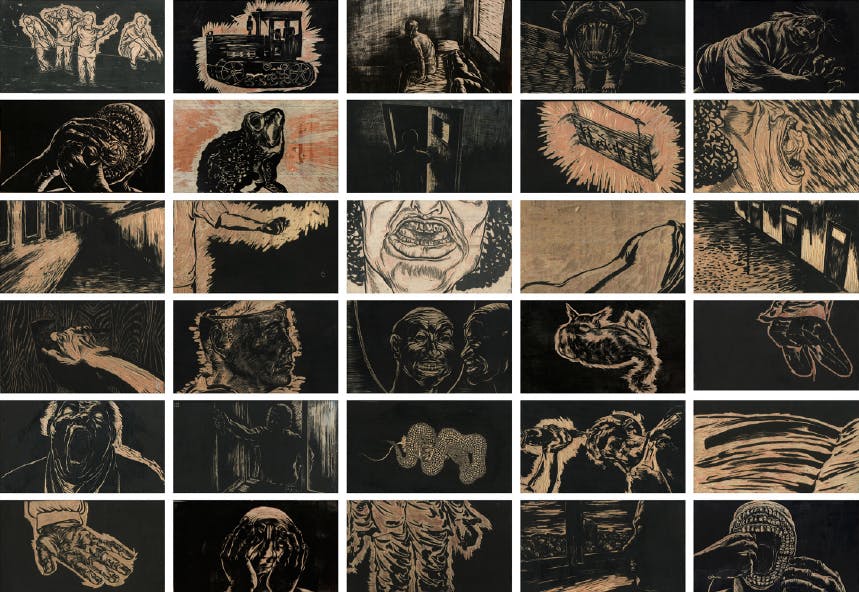 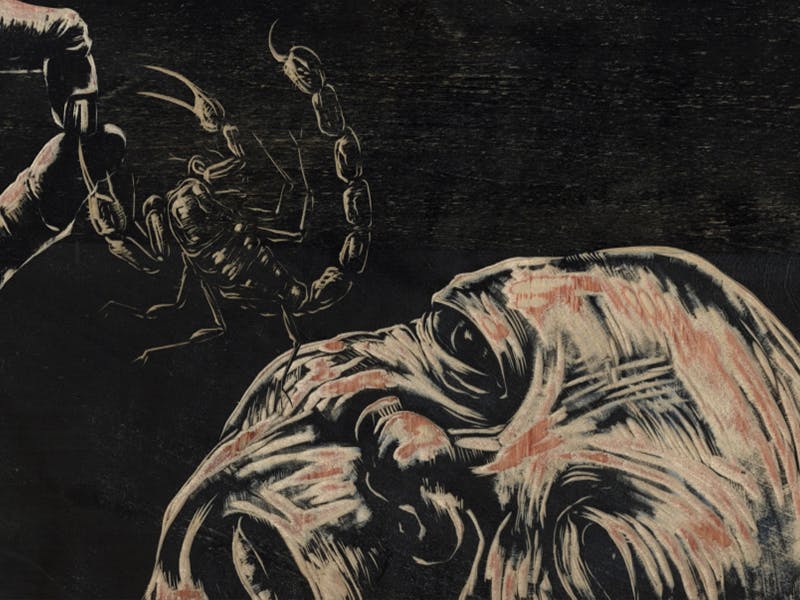