Ni Youyu was born in 1984 in Shanghai, China. He graduated from Shanghai University with a degree in Chinese Painting in 2007. He currently lives and works in Shanghai. As one of the most renowned artists born after the 1980s, Ni Youyu is accustomed to turning ordinary and trivial things into conceptual works through his acute sentiments magically.

Ni Youyu started experimenting with the practice of combining sprayed water and brush strokes: by squirting water onto acrylic paint spread over the canvas, mountains and waterfalls appear, brimful with the visual quality of historical painting that has grown steadily established over the course of hundreds of years since the Song dynasty. Spraying with a water pistol a base layer of ink spread on white paper is a replacement for the use of the ink brush as an instrument. The water streaks simulate time, and subversively change the way in which a painting is made, evolving from a method of ‘addition’ to one of ‘subtraction.’ Water projections impart to the ink colour structure a variety of random changes, which take place somewhere in between the artist’s sphere of control and outside of it; they embody a certain ‘violence’ that eventually wears down the entire picture plane, leaving it mottled and dripping wet — thus inheriting and re-enacting a texture evoking primeval chaos and elemental simplicity. 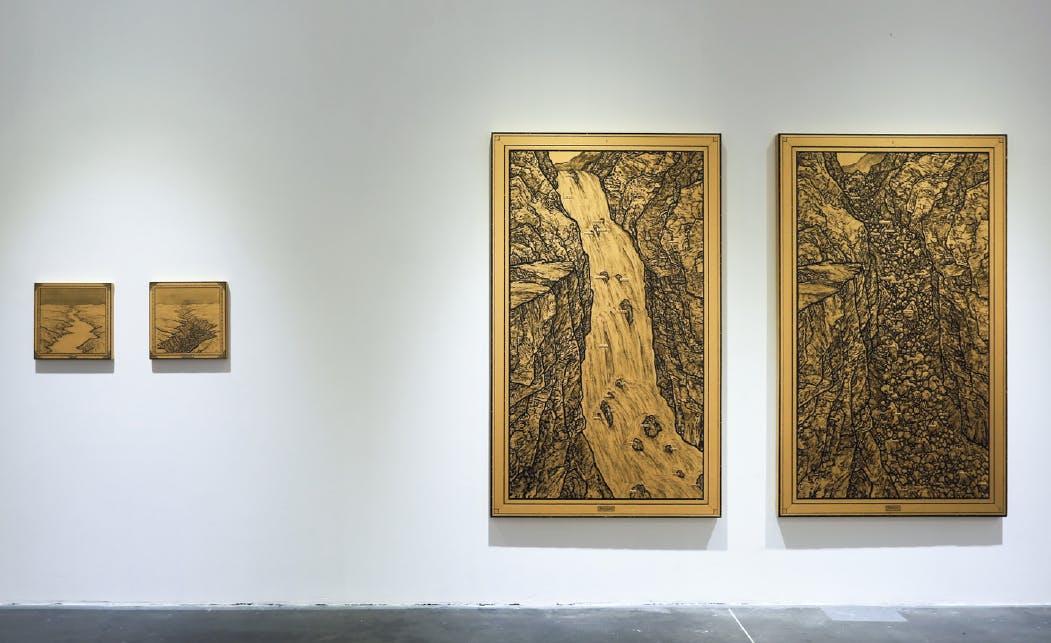 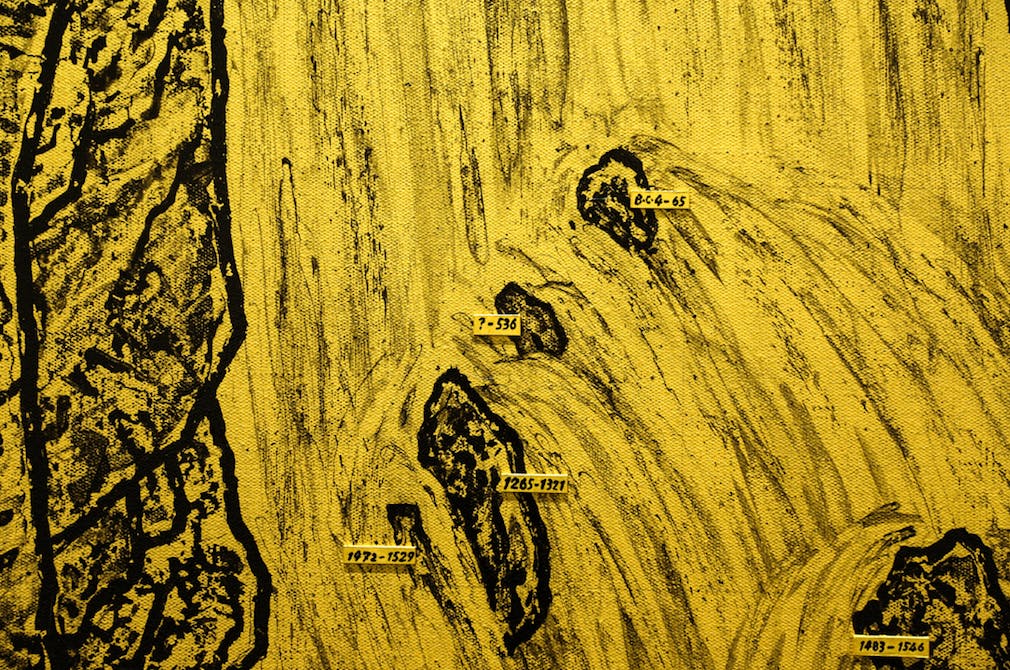 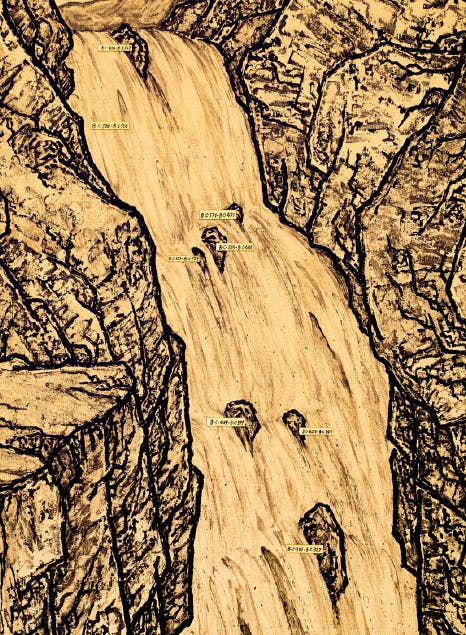