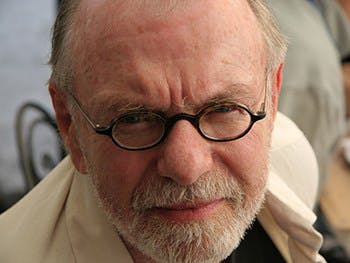 Ahead of an international conference on terrorism, a senior US academic has claimed that ‘the global war on terror rivals climate change as the most important issue facing humanity today'.

Professor W. J. T. Mitchell from the University of Chicago will be speaking at ‘Terrorism and Cultural Freedom’, a one-day conference taking place at Birmingham City University on Tuesday 7 June, where he will be exploring the role of verbal and visual images in the war on terror.

Climate change, fortunately, admits a rational solution, with clear techno-scientific remedies, no matter how difficult the political obstacles to action. Terrorism and the war on terror are much more intractable. They are symptoms of the massive political dysfunction that grips the planet at the present time.
W. J. T. Mitchell, Gaylord Donnelley Distinguished Service Professor of English and Art History, University of Chicago

Other high profile figures confirmed to speak at the interdisciplinary event include the British-Asian author, journalist and cultural historian Tariq Ali, UK-based academic, editor and writer Dr Anthony Downey and Dr Dima Saber, Media Researcher at Birmingham City University, who focuses on the use of digital media for social change in the Middle East.

“A self-destructive neoliberal economic system coupled with rising inequality, a flood of desperate refugees, the emergence of nihilistic religious fanaticism, precarious democracies, and the proliferation of advanced weapons technologies is heating up our planet at least as rapidly as the consumption of fossil fuels. The challenge for intellectuals today is nothing less than imagining forms of survival and decent existence for the human species as such.”

The conference in Birmingham will offer incisive accounts of the stakes in this crisis, examining both ‘terror’ as an idea and its complex relations to a range of cultural and artistic practices, both historical and contemporary – with presentations covering subjects such as the representation of non-state groups in computer games, ‘Shakespeare and Terrorism’, and the future of archiving conflict in the Middle East.

The conference academic programme is organised and will be chaired by Professor Jonathan Harris, Head of School of Art at Birmingham City University. He said:

“We welcome academics, students and the general public to join us for an intensive discussion of the most critical political issue now facing the world and the future of culture within it. In order to do this, we have brought together world-leading commentators, academics and cultural figures, whilst drawing on internationally renowned arts, design and media experts from within Birmingham City University’s own research community.

“Together, we will be exploring the relationship between terrorism – of which there have been many examples over the centuries and since World War II in particular – and cultural life in terms of dress, music, film, art, drama and performance.

“Though Islamic fundamentalism is the first example most people would think of, the conference aims to discuss other historical instances and their social contexts, throwing light on our present.”