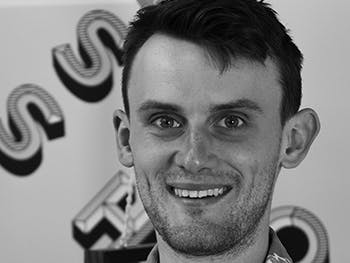 A continuation of our thought surrounding economies and systems of exchange from the first round of SWOPSHOP, one of the first ideas that came to us when considering our donation of a cast-iron foot was The Invisible Hand.

A term coined by the ‘founding father of economics’, Adam Smith, the Invisible Hand refers to the unintended social benefit deriving from self-centred economic activity. Smith’s belief that pursuing selfish interests would indirectly benefit wider society more than if one intentionally acted to benefit society was central to the development of capitalism as an economic system, and remains one of its foundation stones today.

In line with our past academic and artistic work, we wanted to brush this accepted narrative against the grain. Though the invisible hand, and the idea that acting for our own benefit will invariably help others is an attractive one, consumer capitalism possesses a flipside; an iron foot which outsources labour to parts of the world with the worst labour rights laws, transferring the cost of cheap consumer products disproportionately onto women of colour, whilst also ravaging the natural environment. We have chosen to display the foot as a consumer product in its own box, just one of many consumer products members of the public will be looking at and taking away from the Selfridges building that day.

The foot itself is decorated with imitation gold leaf, representative of capitalism’s very successful attempts to present itself as something attractive and valuable. The side of the box is decorated with a motif reminiscent of the Selfridges building’s iconic exterior, the golden coin-shapes referencing the deceptive concept of trickle-down economics, one of Adam Smith’s greatest legacies.

The bottom of the foot features a transfer of Exodus 18, achieved through a DIY product called caulk. This is a reference to the theological teachings of Calvinism, which have featured in some of Joyce’s past work. Max Weber notably credited the emergence of modern capitalism with the Calvinist ‘Protestant Work Ethic’ of Northern Europe, and capitalism’s spread throughout the world was closely linked with the movement of missionaries during the era of colonial expansion and conquest.

The opportunity to produce work that would appear in the Tate Gallery was certainly enticing. I have been greatly inspired in my practice by the work of Cildo Meireles, some of which is held in the Tate collections and has been exhibited at Liverpool. I was also looking to further my experience in making art, and the chance to collaborate with Joyce provided the opportunity to learn from an established artist and hone my skills as a result. 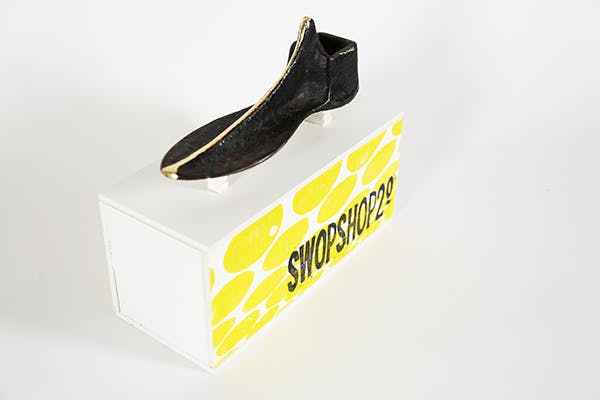