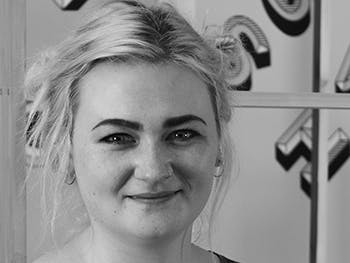 After receiving an ostrich egg in the last swap, I became interested in how they are used as tourist souvenirs in South Africa. I was particularly interested in garishly decorated eggs with political figures such as Nelson Mandela painted on the egg. Land of Hope and Tory recreates the idea of a decorated egg shell as a souvenir of Britain. The shell in this piece is sourced from a supermarket value brand battery chicken's egg. The factory farming method through which this egg has been produced has become a symbol of amoral free market capitalism.

The egg has then been adorned with a portrait of Margaret Thatcher - the face of one of the major proponents of neoliberal economics and the subject of a British cult of personality. This, along with the decorative floral imagery, is sourced from a British tabloid which has a history of propping up these conservative figures despite claiming to be populist - a claim as empty as this egg shell!

I was excited to introduce these waste products into an environment where they must be reconsidered. SWOP SHOP forces the public to barter with objects rather than currency and so the eggs must be viewed with more tenderness than they would be in a supermarket. The nature of the project will encourage the public to engage with the lost potential of an egg. 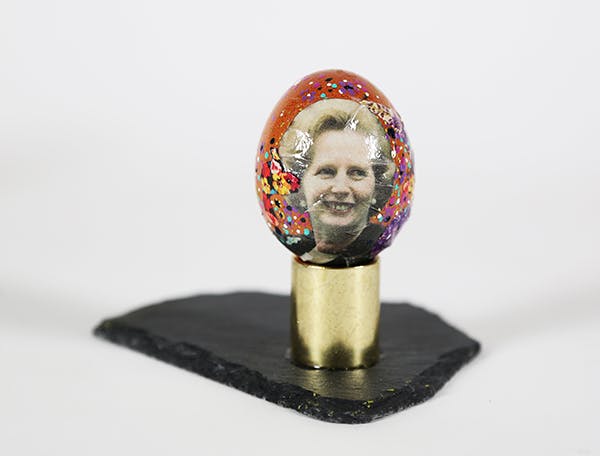