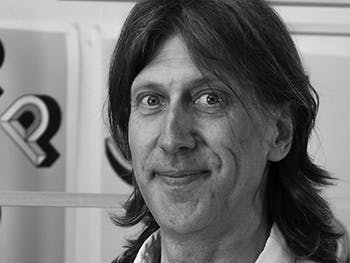 This work is created from a suit swopped by a homeless charity who visited SWOP SHOP at Tate Liverpool. Two of the charities members who were themselves homeless walk around Liverpool dressed in brightly designed suits and top hats, raising money to help homeless people in Liverpool.

I was given a suit from someone who found themselves in a situation of homelessness, A dilemma where most would fear becoming an invisible casualty. They unashamedly stood up and stood out, for themselves and others like them. Through their own endeavours they managed a way and now show that way to others, continuing. Drawing attention with humour and humanity to a situation that many would rather be ignored, being, the person within the suit. This suit, passed on, swapped, endures still, caught in a (safety) net. The suit could be freed or remain ensnared.

The idea that it was a dialogue with an undetermined endpoint, only reached through an interaction with other people. 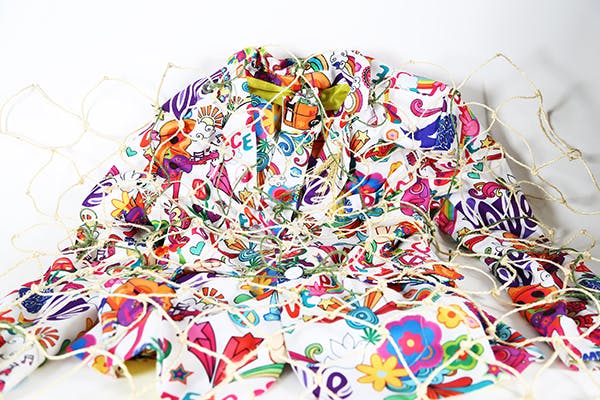 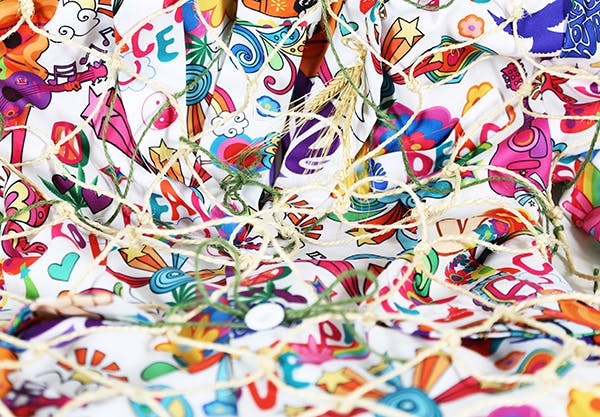