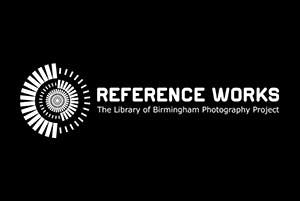 Students and graduates from Birmingham City University have taken part in a major photography commission to mark the launch of the new Library of Birmingham which opens next month.

Reference Works is Birmingham's largest photography commission, developed in celebration of the opening of the new library and will feature the work of four world-renowned photographers and their interpretation of the new Centenary Square building and its contents.

The exhibition comprises new works by photographers Michael Collins, Brian Griffin, Andrew Lacon and Stuart Whipps - who is also a lecturer in visual arts at the Birmingham Institute of Art and Design, part of Birmingham City University.

The collection has been generated over the past two years in response to research, the photography collection and the architecture and people of the two library buildings.

Alongside the exhibition, four emerging artists will exhibit their own collection of works. Mihaela Calin, Andre de Jong, Anne Pawlak and Nathan Spencer - all recent graduates and students from Birmingham City University - will showcase their own works as part of a second phase of the exhibition. This will go on display at Space 35, Birmingham City University's new gallery located within the recently opened Parkside Building, which is part of the University's City Centre Campus at Birmingham's Eastside.

The four artists have worked alongside the Reference Works photographers as part of the project mentoring programme.

For further information on the project please visit the Reference Works website.