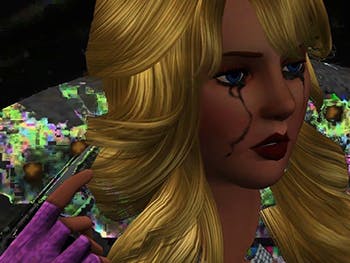 Contemporary art will take on a new meaning this month in an exhibition made up of works crafted from digital technology, the internet and computer games.

'This Frontier so Familiar so Strange' opens on Wednesday (9 March) at ARTICLE gallery housed in the historic Birmingham School of Art and will showcase videos and stills including pieces modelled on Facebook, YouTube and popular ‘vloggers’.

Also among the artwork on show will be videos of live performance art, a subversive take on celebrity workout videos and a 3D electronically produced film of a princess in a tower, highlighting the male dominated representation of women in computer gaming.

Several other works also focus on the portrayal of women in contemporary media including television and the internet – with the exhibition holding a preview show to mark International Women’s Day (Tuesday 8 March).

Seven artists from the UK, Northern Ireland and the USA will have pieces displayed in the exhibition, which runs until 14 April.

Other pieces will investigate the idea of virtual space - the place beyond the screen of laptops and mobile devices.

The exhibition has been inspired by changes in the way artists engage with and create works following the onset of the digital revolution.

Mona Casey, Director of ARTICLE Gallery and Course Director at Birmingham School of Art, said: “This is the first in a series of exhibitions attempting to explore what is a widespread drive to delve into the digital and cybernetic in art and life.

Some of the artists included in this exhibition are of an age where they will not have experienced the dawn - the period before wide-spread internet use - instead they have emerged with its development, meaning this is the stuff of their everyday.

“Other artists will have seen the transformation to our lives, as a result of the digital age.”