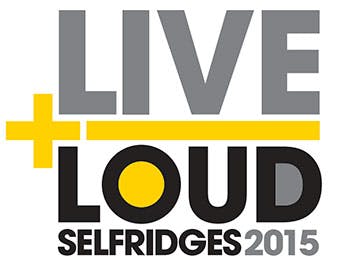 Talented art students from Birmingham City University’s School of Art are preparing to showcase their work at Selfridges next month as part of the store’s free four-day Live + Loud festival.

Visitors to the iconic store will be able to see the work by students from Master’s courses at Birmingham School of Art with an array of wide-ranging creative, research and educational activities they have produced on display.

The festival runs from 1 – 4 October and each day students will perform and display their work on a specially designed podium which can be found on Level 1 of the Birmingham store.

On Thursday 1 October, ‘The Newness Archive’ installation will focus on Birmingham’s past and tie-in with the arrival of the movie icon King Kong who can be found in-store.

The art installation will consist of hundreds of tags that bear facts about Birmingham’s history of invention and newness which have been collated by BCU Arts Course Director Beth Derbyshire and artists Rebekah Bainbridge, Ally Standing and Keeley Usher.

The archive was inspired by the fact that Kong was an invention by author Edgar Wallace, a former writer at the Birmingham Post. The story was then transformed to screen in 1933 where it proved to be a huge hit, and has since been re-made in 1976 and 2005.

Other facts on display will include the year Duran Duran formed, that the bicycle bell was invented in the city in 1877, the term ‘horsepower’ was first used in Birmingham in 1762, and that there is also a crater on the moon named Birmingham. Members of the public will then also be invited to fill in their own memory or facts about Birmingham tags, before hanging them on the podium between 1pm and 7pm.

Other highlights of activities produced by Birmingham City University’s School of Art for the Live + Loud festival include ‘A Line Drawn from the Eye to the Summit’ – an exhibition of selected works by Master’s students at the University who take inspiration from their home countries around the world including Cyprus, Malaysia and Taiwan.

I am delighted to be working with Selfridges on the Live + Loud festival. It has been an absolute privilege to be working with such a ground-breaking organisation that leads in creative innovation.
Beth Derbyshire, MA Arts and Project Management Course Director

“Selfridges has on so many occasions provided us with a unique, collaborative and generous platform from which to nurture both regional and international talent within the University and beyond", added Beth.

Organised by Selfridges, the free Live + Loud festival celebrates the diversity and culture of Birmingham, featuring some of Britain’s most talented artists, photographers and musicians.