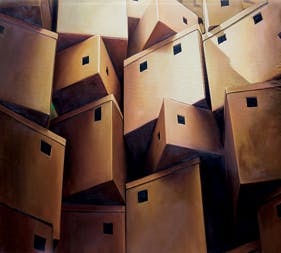 In a globalised cultural economy, it would appear that art as a practice is increasingly called upon to do something, especially when it comes to making sense of history, conflict, revolution and upheaval. In a period broadly defined as one in which we are experiencing a global crisis, contemporary art is also viewed as a document for producing socio-political, if not historical, knowledge (be it of globalisation, revolution, armed conflict or injustice). These issues remain key to any formal critical analysis of contemporary cultural production within and about the Middle East, nowhere more so than when we consider how visual culture from the region has been historically legitimized through the media-friendly symbolism of conflict.

Throughout this research seminar, international artists, including Bashir Makhoul (art work pictured above), Larissa Sansour and Shadi Habib Allah, will consider these issues in relation to their individual practices. Are artists, we will enquire, increasingly expected to produce work that refers to a socio-political landscape, creating, in turn, media- friendly ‘sound bites’ of information that are available for global consumption? Can art, moreover, produce forms of knowledge that disavow the superficiality of such ideas? And if so, what kind of knowledge? This is not, of course, a region-specific issue, and there are international dimensions to these questions of cultural interpretation, critical agency and institutional legitimacy that will be further examined throughout this research seminar.

The event will be convened by Jonathan Harris and moderated by Anthony Downey, and will include film-screenings and individual presentations.

There will be an opportunity for a Q and A with the artists, following the presentations.

(b. 1963) was born in Makhoul in northeast Galilee, by then assimilated into Israel. He is Deputy Vice-Chancellor of Birmingham City University and an artist of international repute. He has exhibited widely around the world and took part, with a show titled Otherwise Occupied, in the Venice Biennale in 2013. More recent shows have included Floating Free at the Palestinian Art Court (al Hoash in partnership with Birzeit University Museum) in 2015. He is also the author, with Gordon Hon, of The Origin of Palestinian Art (Liverpool University Press, 2013),  the editor of Palestinian Video Art: Constellations of the Moving Image (Palestinian Art Court — al Hoash, 2013), and the editor, with Alnoor Mitha, of Conflict and Compassion: A Paradox of Difference in Contemporary Asian Art (Cornerhouse Press, 2016). 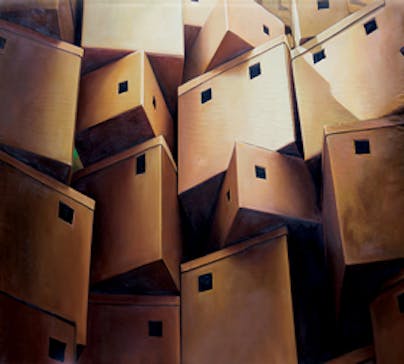 Larissa Sansour (b. 1973) was born in East Jerusalem, Palestine, and now lives and works in London. Her work is interdisciplinary, utilising video, photography, sculpture and installation. Central to her practice is the tug and pull between fiction and reality. In her recent body of works, she uses science fiction to address social and political issues in the Middle East. Recent solo exhibitions include New Art Exchange in Nottingham, Mosaic Rooms in London, Nikolaj Kunsthal in Copenhagen, Turku Art Museum in Finland, Kulturhuset in Stockholm, Wolverhamptom Art Gallery and DEPO in Istanbul.

Shadi Habib Allah (b. 1977, Jerusalem, Palestine; lives and works New York) works with modes of navigation across circulation networks of people, technologies, objects, images and economy to examine ideas of use and value and the structures that hold them in place. Working across film, sculpture, drawing and installation, each project defines its own terms based on research and physical engagement. His work has been exhibited at the Palestine c/o Venice at the Venice Biennale (2009), Art Statements Art Basel 43 (2012), and the New Museum Triennial (2015), amongst other venues. His Films have screened at the International Film Festival Rotterdam, Courtisane Festival Belgium and the 40 th Norwegian Film Festival. 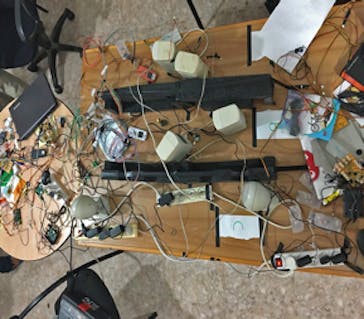 Professor Jonathan Harris, PhD, studied art history at Sussex and Middlesex Universities in England (1980-86), and completed a doctorate on the visual arts in New York in the 1930s (published as his first book in 1995 by Cambridge University Press). He has published 20 books and over 200 journal and magazine essays on modern and contemporary art. Harris's most recent book was The Utopian Globalists: Artists of Worldwide Revolution 1919-2009 (Wiley-Blackwell 2013). His forthcoming book is The Global Contemporary Art World: A Rough Guide (Wiley-Blackwell 2017). With Menene Gras and Bashir Makhoul he is the editor of Contemporary Art in Global Asia (IB Tauris, forthcoming 2017). His work has recently focused on global art worlds in India, China, Hong Kong, South Korea and Palestine.