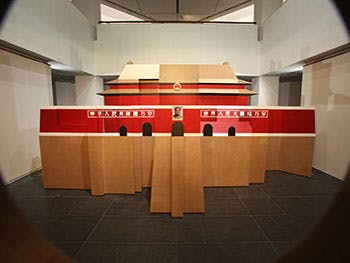 Harmonious Society - a contemporary Chinese art exhibition, the most significant in the UK to date - will be shedding light on China’s current socio-economic vision.

In the past three decades, China has experienced unprecedented political reform, economic development and rapid urbanisation. This upheaval has amalgamated into daily life, while at the same time social injustice and disparity, official corruption, environmental pollution and freedom of speech, as well as many social problems, have ensued.

As a key event in this year’s Asia Triennial Manchester (ATM), the Harmonious Society exhibition has invited artists to premier new work in response to this era of unprecedented social, ideological and cultural transformation, through their individual memories, personal reflections and imaginations. 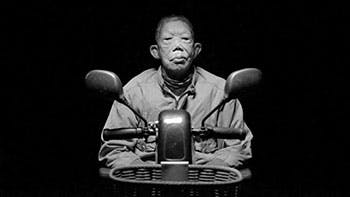 Birmingham City University’s Jiehong Jiang, Lead Curator of Harmonious Society, said: “It has been a challenge to produce work to reflect the theme of the show, while keeping in mind the restrictions on physical space, cultural, political and religious connotations in the wide range of six exhibiting venues.

“We’ve enjoyed the discussions with artists, bringing about new ideas and projects, and we have learnt from each other through critical debates and sense of humour, which has all played an important part in the shaping or ‘harmony’ of the exhibition.”

Professor Bashir Makhoul, Pro-Vice Chancellor of Birmingham City University, will be one of the artists exhibiting at the Asia Triennial Manchester. The Genie is a specially produced installation for ATM that involves a floating village of boxes, hung on wire from 30 metres high, depicting Palestinian refugees 'living life on the move'.

Established in 2008, Asia Triennial Manchester is the only Asian Triennial outside Asia. Founded on principles of knowledge exchange and partnership, ATM works with local institutions to commission world-class visual artists in staging a major exhibition across Greater Manchester. The third iteration, ATM'14, opens on 26 September 2014, and the largest exhibition is curated by the Centre for Chinese Contemporary Art with support from a wide range of partners including Tang Contemporary Art, Taiwan’s Ministry of Culture, T Museum, Hong Kong Art Development Council, Manchester City Council, Birmingham City University and the University of Salford.

Harmonious Society will take place across Manchester from 27 September – 23 November 2014.