Chinese art outside the gallery celebrated at international conference 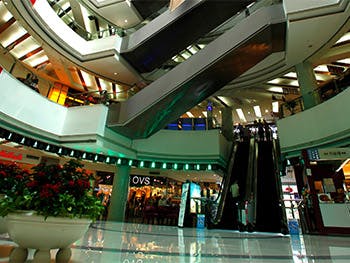 Researchers, curators, art historians, critics and artists from across the world will be converging in Birmingham this week as part of a major international conference focusing on Chinese art that has been made and showcased outside the confines of the traditional museum or gallery.

Taking place between Thursday 12 and Friday 13 October in the School of Art at Birmingham City University, the symposium has been organised by the institution’s Centre for Chinese Visual Arts (CCVA), marking the cluster’s 10th annual conference and under the topic ‘Chinese Art outside the Art Space’.

“After holding CCVA symposia elsewhere in China and the UK, we are delighted to be hosting our landmark 10th annual conference back here at Birmingham City University, where the centre was formed and continues to flourish.

Using our unique position in the UK, the CCVA continues to question the existing histories of Chinese contemporary arts, design media and visual culture, while fostering new ways of thinking transculturally in relation to today’s global-Chinese situation. This year’s conference topic of Chinese art outside the art space has attracted some of the field’s greatest thinkers, and so we expect two days of lively debate and discussion.

History, culture and politics outside the art space

Historically, in China, ‘art outside the art space’ can be understood as both a cultural and a political proposition. From a cultural point of view, the notion of public ‘exhibition’ is entirely Western, whilst in the Chinese tradition of literati art for example, artworks were made, shared, and appreciated within the form of scholarly ‘elegant gathering’ (yaji), which was essentially a kind of private (rather than public) event within secluded (rather than institutional) spaces.

From a political perspective, the ‘outside-ness’ immediately relates to the ‘unofficial’ status of contemporary Chinese art from its early development. For example, the first Star Group exhibition in September 1979 – generally acknowledged as the very first show that marked the beginning of contemporary art in China – was staged in a small public park just next to the China National Art Museum, outside the legitimated and official art space.

Hiu Man Chan, Research Assistant, Centre for Chinese Visual Arts, said that the situation of Chinese art taking place outside the museum and gallery spaces continues, but with a completely different momentum and agenda:

“From shopping malls to office blocks, and Lujiazui in Shanghai to Beijing’s 798 Art Zone, contemporary works have been produced site-specifically for spaces other than art institutions in China for nearly 40 years. These artworks have ‘happened’ in the public sphere and become political or social ‘events’, or even artistic ‘incidents’, as a special form of ‘exhibition’.

“However, more recently, creative curatorial and artistic strategies have been systematically developed to respond to the constraints of art institutions, censorships and, at the same time, to push the boundaries of art.”

Focusing on art made, displayed, performed or executed outside the conventional venues of art museums and galleries, this conference not only offers a unique perspective to understand Chinese art in the contemporary context, but also, more importantly, it aims to critically reflect upon the understandings between art and art exhibition, between artistic productions and audience perceptions, and between art and our daily life.

The conference will also hear from three international keynote speakers, including Karen Smith, a British curator who has been working in China for many years, and is now Lead Curator at OCAT Xi’an, China. Elsewhere, Pauline J. Yao, Lead Curator for Visual Art at M+, Museum for Visual Culture in Hong Kong will give her thoughts on Chinese ‘art outside the art space’, as well as Scott Lash, Professor of Sociology and Cultural Studies at Goldsmiths, University of London.