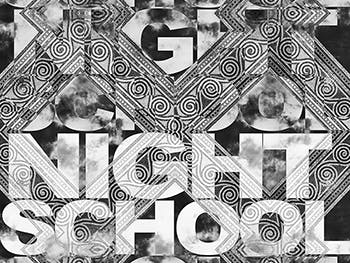 Birmingham School of Art recently opened their doors to members of the public for their fourth edition of Night School - a free monthly event showcasing work produced by students, staff and external artists, and public lectures and workshops.

Night School was established to increase public awareness of the School of Art and encourage the public to visit the School not just at graduate shows, but throughout the year. BA (Hons) Art and Design Lecturer and founder of Night School, Stuart Whipps, added how Night School is a way of establishing the School’s role in the city and positioning Birmingham School of Art as a central part of the visual community in the Midlands. By giving students the chance to showcase their work at the events, it also acts as a way of helping them to become more confident about putting their pieces into the public realm.

During February’s event, visitors were treated to a range of diverse work including film shorts from undergraduate students and a private view of ‘Assemblage’- a collection of work from Master’s students. There was also a mental health awareness workshop for visitors to take part in, as well as film screenings and a performance from regional artist Mikhail Karikis. 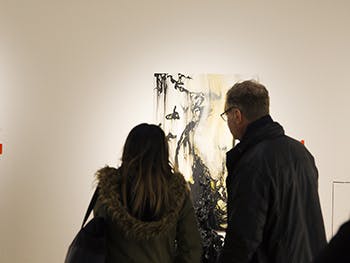 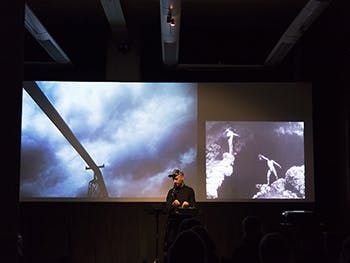 As well as showcasing their work, students were also given the opportunity to organise and plan the Night School events as an extra-curricular activity. Final year BA (Hons) Art and Design and BA (Hons) Fine Art students, Zunaira Muzzafar and Abbigail Hallam volunteered and became the key organisers and promoters. Working alongside Stuart, this involved everything from brainstorming themes for the events, organising the exhibits, planning the logistics, creating marketing material and promoting Night School on social media.

Both Zunaira and Abbigail commented on how planning and promoting the events have enhanced their event planning, communication and networking skills. When asked about their highlights of Night School, they both added how rewarding it was to see the School full of people and to receive positive feedback from the events on the night and on social media, especially from local galleries and artists.

For the most recent Night School event, Stuart, Zunaira and Abbigail collaborated with Grand Union, a Digbeth based gallery to organise a performance by Mikhail Karikis. Mikhail’s work embraces moving image, sound and other media to create immersive audio-visual installations and performances which emerge from his long-standing investigation of the voice as a sculptural material and a socio-political agent. The performance was part of the VOZ RARA event curated by Grand Union Curators-in-Residence Anna Santomauro and Valerio Del Baglivo and culminated with a lecture on the films shown.

The night was a huge success and planning has already begun for the next event. Zunaira commented on how she’d like to see more performances and lectures by artists and collaborations between School of Art partners and external organisations at future events.

I think it can be very informative for students and can inspire art practice, but mainly it can start developing a relationship between students, artists, the School itself and organisations. It can also put Birmingham School of Art on the map as not just a place where students learn and create but a place where we come together with the public to share creative practices.