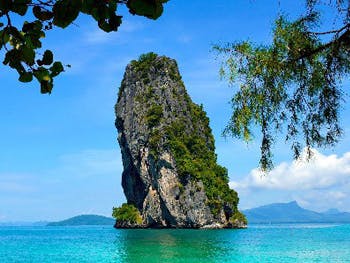 An academic from Birmingham City University has been selected by the Thai government to lead a team of 60 artists from around the world, as part of a major contemporary art exhibition opening in Thailand next year.

Professor Jiang Jiehong, Head of Research at Birmingham School of Art will curate the inaugural Thailand Biennale, which will exhibit various works under the theme ‘Edge of the Wonderland’.

As the foremost international exhibition of contemporary art in Thailand, the Biennale is being supported by the Office of Contemporary Art and Culture (OCAC), part of the Ministry of Culture, which is based in Bangkok. As a national initiative of contemporary art, the institution behind the Bienniale will choose different cities and sites in Thailand for each edition.

Unlike conventional art museum exhibitions, the Thailand Biennale will be staged outdoor and organisers have selected the country’s Krabi Province for the inaugural exhibition.

Located on the west coast of the southern part of the country, the area is one of the world’s most popular tourist destinations and is known as ‘the emerald of the Andaman Sea’. Its unique natural beauty will provide opportunities for artists to develop site-specific work at a range of outdoor locations, and to turn beaches, streams, waterfalls, caves, cliffs and rainforests into art spaces. 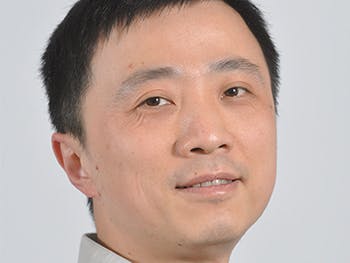 “Different versions of a ‘wonderland’ derive from different cultures. In the West, we have learnt the renowned English story of Alice’s adventures, where the young girl falls through a rabbit hole into a world of fantasy.

This land connects to our everyday reality and yet, it is somehow hidden and can only be visited through dreams and imaginary journeys.
Professor Jiang Jiehong

“In the East, for example, a compilation of geographical and cultural accounts are the origins of Chinese mythology and first appeared in the ‘Classic of Mountains and Seas’, or ‘Shan Hai Jing’, in the fourth century BCE. Furthermore, in South Asia, surrounding the base of Mount Meru in Hindu mythology, the legendary Himmapan Forest is believed to be the home of many supernatural beings, which are blessed under the heavens, invisible to the human eye and inaccessible by mortals.”

In this curatorial project the wonderland will be revisited from its very edge. The term ‘edge’ included in the title has three signifiers. First, it is simply geographically indicative. Similar to other provinces of Thailand on the west coast, Krabi – and the venues of the Thailand Biennale in particular – are situated on the coastline and can be seen as part of the edge of either the mainland or the Andaman Sea. It is the start and at the same time, the end of a territory, from which it belongs and departs.

Secondly, edge has its own historical and cultural significance in the region, since two ancient swords (‘krabi’ in Thai) were unearthed in the late 19th century, and are seen sacred above all natural existence.

The third signifier will explore that, conceptually, in the context of wonderland, edge is precisely the borderline between in and out. It is a pivotal point; like the rabbit hole in Alice’s adventure, between reality and fiction, the existent and the imagined, the material and the spiritual, the experienced and the unworldly, and ultimately, the known and the unknown.

Professor Jiang was annoaunced as the curator of the inaugural Thailand Biennale at its launch, which took place at West Bund Art Center in Shanghai, China on Friday 10 November.