Our City and campus

Birmingham's arts sector delivers a thriving cultural scene for residents and visitors, as well as playing a significant role in the city's economy. 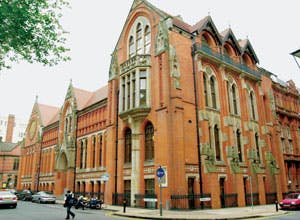 The city has recently witnessed a massive upsurge in the number of independent, artist-run spaces, many of which have been established by our graduates.

Our past students have taken advantage of great rentable, industrial properties near the city centre, including the Grand Union, Eastside Projects, Stryx, The Lombard Method, and Ort Gallery.

The School of Art has recently begun a series of projects with Selfridges, the first of which was the highly successful ‘Imaginarium’ where staff and students learnt together from in-store workshops.

We also host Turning Point West Midlands, an organisation funded by Arts Council England and supporting the development of visual arts in the region. This has led to exciting new events, such as the New Arts West Midlands exhibition which showcases select graduates’ work.