New rail station exhibition space is on the right track 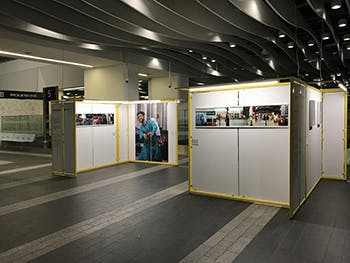 A new gallery showcasing artwork to millions of residents and visitors to the second city is set to launch at Birmingham New Street station.

The exhibition space, known as Parkside Platform, will be run by Birmingham City University as an addition to the Parkside Gallery which is located at its City Centre Campus in the Eastside of the city.

Parkside Platform will open on Friday 3 November with an exhibition celebrating the diversity of the city and the people that travel through the station.

Theexhibition, A Time And A Place, will feature the work of seven photographers documenting Birmingham and the everyday lives of people living in the city.

The exhibition includes work by regional artists such as Luca Crawford-Bailey, a student at the university, whose black and white photographs focus on performances at Birmingham’s iconic music venues. 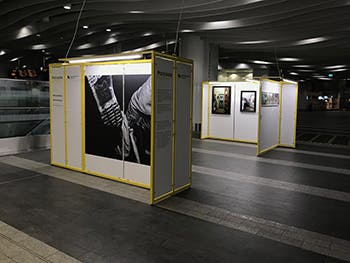 Alicia Knight’s vibrant images will show Birmingham as a festival city and Sevven Kucuk exhibits work inspired by her residency at Birmingham Museum and Art Gallery.

Chris Ansell, Exhibitions and Events Assistant manager at Birmingham City University, said: “Having an exhibition space positioned in such a prominent part of the city is not just an opportunity for more residents to see the artwork, but also for visitors to our city to engage with what is a really burgeoning creative scene here.

“It is a fantastic opportunity to be able to have these exhibitions on display in the heart of the city and, with over a million people passing through the station each week, we felt it was important that exhibitions reflect what Birmingham is all about.

Our first exhibition will include the work of seven local photographers and will celebrate the cultural diversity of a city which is rightfully celebrated for having one of the most vibrant populations in the country.
Chris Ansell

The freestanding gallery has been designed by Birmingham based company Plane Structure.

The exhibition space will be launched to welcome visitors to the city centre for the University’s Open Day on Saturday 4 November. 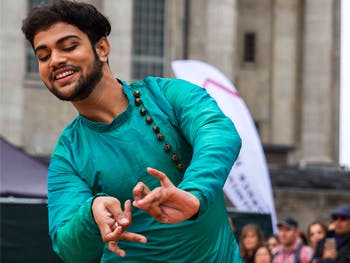 Alicia Knight, a current student at Birmingham City University, will be among the artists whose work will be on display.

Alicia said: “I’m really excited to be able to show my work in such a public place. I’m in my final year at university and will be looking to work as a professional photographer so it’s a great opportunity for me.

“I love capturing live dance events and street scenes so Birmingham’s festivals and activities make it the perfect location.”

The exhibition also features work by staff at the university and recent graduates who are now working as professional artists.

Sevven Kucuk, who studied fine art and graduated in 2015, said: “Since graduating, I’ve been lucky enough to have exhibited in some of the best galleries and museums in the West Midlands, I never thought I’d be adding a train station to that list.

“With such a wide audience, it will be really interesting to see how the public respond to my artwork.”