Clarity and complexity in the public realm 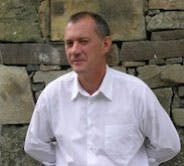 ‘Clarity and Complexity in the Public Realm’ will describe the agrarian inheritance that underpins his design of the Olympic Legacy in the Lee Valley for the Greater London Authority and the robust conceptual approach used to craft intensely urban places in Camden High Street, the Dublin Docklands, Ancoats in Manchester and Liverpool squares, Robert Camlin will articulate the significance of narrative, idea and detail in landscape architecture.

Robert said: “Great cultures are said to write their autobiographies in three volumes: The Book of their words, the book of their deeds, the book of their art. Of these three, we are told the most trustworthy is the last. I believe that a still more accurate archive or biography is present in ‘The book of the land.’ Knowledge of this archive is essential if we are to make new marks of substance and meaning. Our role, therefore, is to reveal that knowledge and ultimately to interpret the language in which it is written.”

Robert Camlin founded the practice now known as Camlins in 1980. In addition to private practice, he has acted as visiting tutor and critic at landscape and architecture schools throughout western Europe. Robert describes his personal, professional ambition as a desire to seek out where the land ends and landscape begins.

Robert’s talk is one of a series of 13 lectures, entitled The Art of Design: Materiality and Ideas which are taking place over the coming weeks at Birmingham Institute of Art and Design at Gosta Green. Lectures are open to the public

Birmingham School of Architecture at Birmingham City University is hosting the series of lectures in association with MADE, the architecture centre for the West Midlands. The lectures are being presented by internationally renowned speakers from universities and architectural practices such as Harvard University and RMIT Melbourne.

On 16th March Talking Cities moves to the MAC, Cannon Hill Park, for a lecture at 6pm by Chris Beardshaw. ‘Painting with Plants’ explains and describes the habits and aesthetic rewards of working with some of Chris’ favourite planting palettes. Weaving in concepts of sustainability, he explores with examples of his recent work, how to create rich tapestries of planting for a succession of flowers and interest over the seasons.

Kathryn Moore, Professor of Landscape Architecture at Birmingham School of Architecture, said: “This series of lectures offers a fantastic opportunity for people to consider an alternative way of thinking about their use of technology, in a way that will shape the quality of experience.”