Architecture student starts University as one of the UK’s fastest 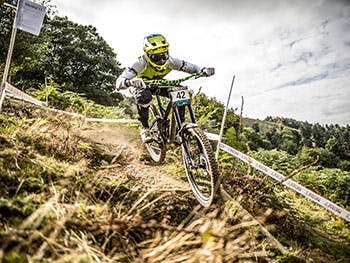 As Welcome Week gets well underway, a Birmingham City University architecture student begins his studies as one of the UK’s fastest downhill mountain bike racers.

20 year-old Will Weston from Wolverhampton finished ninth in the British Downhill Series finals held in Llangollen, north-east Wales, last weekend (Saturday 17 And Sunday 18 September) where he was also the fastest non factory-supported rider.

Will now joins thousands of undergraduates beginning their studies this week at Birmingham City University, where he will be studying full time on the BA (Hons) Architecture course.

Starting University also makes him the highest ranked downhill racer in the UK to be studying in higher education, which will put him in a good position ahead of the 2017 Birmingham Universities and Colleges Sport (BUCS) Downhill Mountain Bike Championships.

On carrying out his studies concurrent to his sporting commitments, Will Weston said:

Balancing university life and competing against full time athletes is a difficult challenge, but nothing worth doing comes easily. I’m passionate about architecture, but equally passionate about racing my bike on the world stage, and I’m not willing to compromise on my aspirations for either. 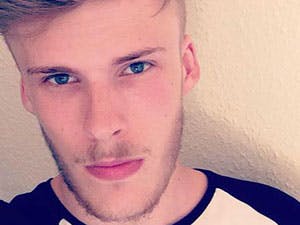 “I know that it will be a lot of work; late nights, early starts, hours in the gym and in the design studio. However, I'm confident that, with the help of Birmingham City University, I can achieve my potential and realise my dreams.”

Downhill mountain bike racing sees competitors sprint down marked-out courses on mountains all across the globe, with the fastest rider from the top to the bottom being the winner. Courses come complete with obstacles – such as jumps, corners, rocks and roots – ensuring that racers have to match their speed with skill and agility.

Will competes as one of only 40 Elite (pro) downhill riders in the UK. Elite status is achieved and maintained by gaining points during events throughout the season. Racers can be promoted in to the top 40 or relegated to lower leagues, much like in football.

Will first started racing when he was 11 with special permisson from British Cycling – the youngest category is 12-14 – and has gone on to compete at 130 career races across the UK and abroad so far, with a record of 20 wins and 65 podium finishes.

He has been crowned Midlands Champion seven times and will be defending that title once again in 2017.