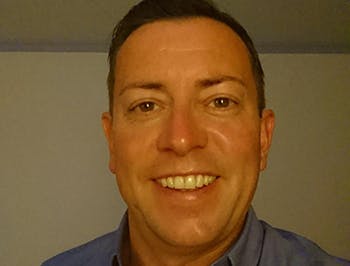 The President role is a regionally elected, voluntary two year post. Nominees are proposed and the members vote as part of a national election process. The post represents the Royal Institute of British Architecture (RIBA) members within Wales, and chairs the RSAW committee whilst also taking a seat on the national RIBA council.

The President also hosts the annual conferences, the national conference in Cardiff and the Spring School in Portmerion in North Wales. The role also includes presiding over sub-committees and steering groups, alongside being the face of the society.

“My career started some time before my final graduation after a disjointed study path” Ryan explains. “I took my first degree in 1995 from the old University of Central England (now Birmingham City University) and, during a difficult time for the construction industry, I was lucky to get a job working for a mid-sized architects practice in north London, David Wood Architects. I spent four years at the practice, mainly working on residential projects, but the size and nature of the company allowed me to gain considerable experience for a Part 1 qualified architectural assistant. I returned to South Wales in 1999 to join the family firm, a practice I still manage today."

“I was lucky to see the architecture course in Birmingham grow in strength over such a short period of time. My time at the University spanned the move from the Gosta Green Campus to the new facilities that the University enjoy today."

“When I applied to study for my Part 2 qualifications, it was very much a means to an end, the magic ticket to complete my education, but the course and the amazing people who run it, very quickly made me realise there was much more to it and I instantly rekindled the passion I had that made me chose to be an architect as a school boy.”

“After travelling back and forth to South Wales every week for four years, I’d have to say that time keeping and discipline are very important. My previous experiences of education before I returned to BCU in 2007 were of a casual and lackadaisical approach to working, but the Birmingham School of Architecture and Design instilled a professional attitude to time management, which if you followed, made sure you got over the line on time.

I could wax lyrical about the Schools’ attitude to inclusivity, its passion for the environment and sustainable living and the interrelationship with the theory and practice of architecture. However, for me, it’s simply the option to study such a complex subject as a part-time student. I was one of many who couldn’t become the architects we are today without that opportunity.

When asked about what the future holds for architecture, Ryan said: “architects should look to the future with an eye on the past. What are we good at? Take those values and skills and use them moving forward without trying to reinvent our position within the design team. Yes, computers and A.I. are capable of so much of what we do, but the architects best skill is empathy. Understanding the clients bespoke needs and, more so, desires. As long as people have individual taste, we have a role to play in society.”